The Russian currency was vulnerable to external shocks and global recession 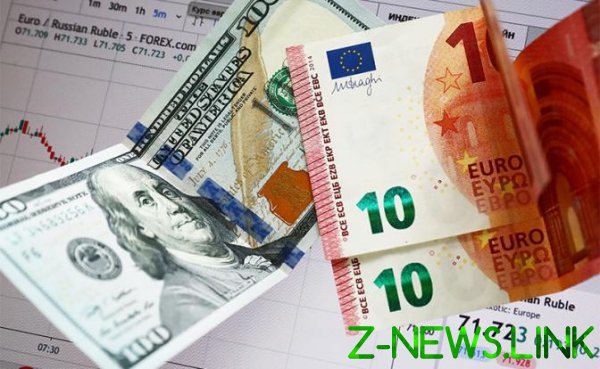 Courses of the dollar and the Euro gained more than two rubles since the beginning of August, breaking the mark of 66 and 73, respectively, and this, according to experts, is not the limit. Our currency steadily strengthened since the beginning of the year, but in the traditionally difficult month for the Russian economy “fell.” And ahead of new risks in the form of another round of sanctions, a trade war between the US and China, and falling oil prices.

We will remind that on August 26, comes into force the second the package of sanctions the United States for “business Skrypalia”. It prohibits us banks to make any loans to the government and any legal entities controlled by him and protruding from his face.

Also falls under the restrictions of the sovereign debt of Russia, but that it is important to understand, only new issues of Federal bonds issued in rubles. It’s not such a big part of total amount of debt as most investors are buying it ruble OFZ. For example, since the beginning of this year, the Ministry of Finance placed OFZ bonds on the $ 22 billion, of which only 4.5 billion was accounted for by loans in dollars and euros.

However, some experts warned that sanctions may carry a delayed risk, for example, the non-participation of Americans in the auction will result in automatic reduction of the number of other investors that there is demand for new debt will become less risky and more. In addition, the constraints reinforce the negative mood of the investors and worsen the atmosphere in the Russian financial market.

As for the ruble, for it is now the threat comes not even from the sanctions and from the fronts of the us-China trade war. It would seem that Russia is not involved, so why the ruble is so sensitive to every new “tweet” US President Donald trump? But in the modern economy, everything is interconnected, and the escalation of these conflicts could derail the Russian currency to 70 per dollar.

About what is happening with the ruble, why it is so important what the outcome of the trade dispute between the US and China, and, of course, what will be the dollar at the end of the year, “Free press” talked to the Director for analysis of financial markets and macroeconomics IR “Instant invest” Alexander Timofeev.

“SP”: — the ruble strengthened since the beginning of the year, but now again began to weaken. Why it happened now, because in our economy, it seems, all is quiet?

— Now everything is playing against the ruble: currency ended the period at the moment, besides, August is traditionally volatile month. Oil prices went down, and there is a General negative global economic situation, for example, what is happening between the US and China.

These factors suggest that the ruble is likely to weaken than to strengthen. I note that those courses that we had seen recently (62-63 ruble), seemed overly optimistic. Therefore, it is necessary to prepare for the range, when the dollar is more expensive than 65 rubles to get to 66-67.

“SP”: — And if Washington and Beijing agree and will solve its contradictions?

— It is possible that there will be a shift in the trade deal between the US and China at the meeting in September, but it is extremely unlikely, and the markets don’t believe it. Should prepare for the fact that the conflict will only grow. For example, look at the situation around Huawei: it would seem that the issue has been partially resolved, but the United States caused the Chinese company another blow no weaker than the previous one. You need to understand that in the near future this situation will not be found. Of course, the markets will be fever, because the US and China — the largest economy in the world, so any tension between them will affect all others.

“SP”: — it Turns out that our market is particularly vulnerable to external shocks?

— Of course. Now the emerging market is “under attack”. First and foremost, investors withdraw from risk assets into more stable. With the proliferation of trade war risk appetite will decline.

In addition, the Russian market is hypersensitive to all external news. Whatever we have in the country nor was a positive domestic agenda, she will fade against the background of news from the West, the announcement of new sanctions and so on. Negativity can appear at any moment and the sword of Damocles hanging over our market.

At the same time, despite the fact that in the world today is extremely hectic and Russia is not a “safe haven”, and our country risks in relation to the same sanctions are high enough, an unexpectedly good investment product now are Russian OFZ.

— Despite the fact, while the world cuts interest rates, it is in our OFZ will be affected positively. The statistics that came out last year and the economic situation that is happening in the world, clearly suggests that the Central Bank of Russia will continue to reduce the rate. At the moment it will give a pretty good yield for those investors who now will drop in the ruble OFZ.

“SP”: — You mentioned the Damocles sword of sanctions. 26 Aug just introduced a new package. How it will affect the ruble?

— All potential consequences of these sanctions is already incorporated in the course. This story is completely played out. I agree with those experts who consider that the forthcoming package of sanctions will not be sensitive for the Russian economy. The impression that it was written by the people who were trying to inflict minimal damage. The part of the national debt, which were affected by the restrictions are minimal, and I don’t see this as a problem.

The problem lies elsewhere. The history of sanctions has turned into a systematic, methodical and unstoppable. The question is not whether substantial sanctions, which will enter now or not, but the fact that the ring around Russia gradually shrinks. We have less space to maneuver, and the likelihood that subsequently will be put really tough sanctions increases.

“SP”: — In this case, what is your forecast of the ruble, the dollar and the Euro before the end of the year?

— After a fruitful first half of the year, the ruble is gradually losing ground, accelerating the decline with the onset of August. The dollar is trading at the highs of the beginning of April, and the Euro increasingly is trying to settle above the level of 73 rubles.

In the next months, the devaluation of the Russian currency may be continued, and in the negative scenario, the dollar is able to settle in the area 68-69 RUB the end of the year if Brent crude will trade below current levels, closer to around $ 50 per barrel. In the case of pair Euro/ruble I do not rule out a rise above 76 RUB.

Implementation of this scenario will depend primarily on developments on the trade front, which fully captured the attention of investors. A protracted trade war between the US and China already beats the players willingness to take risks, and the recent “exchange of courtesies” between the two countries only worsened the conflict.

And increases the risk that the parties come to a compromise before the American presidential election of 2020. Thus, if the relationship between Washington and Beijing will not begin to develop in a more peaceful, at least until the end of the year, higher-yielding assets, including the ruble will be under the negative influence of this factor.

The trade confrontation between the two largest countries in the world, clouding the Outlook for the global economy, pressure on oil, and this is an additional risk factor for our currency, which retains the sensitivity to changes in energy prices. Further escalation of tensions will cause investors pricing out the growing threat of recession, which in turn reinforce fears of cooling global demand for energy and may send Brent to the area of 50 dollars per barrel or lower.

— I think the first is to focus not on the negotiations between oil-producing countries (within the framework of OPEC+ or direct negotiations between Russia and Saudi Arabia). The main “black Swan” is the situation around Iran — Strait issue will not go away. This tension could push oil much higher. If this doesn’t happen, it is likely that prices will remain at current levels.

“SP”: — Some experts are already predicting that if oil prices drop to 50 and below, we will see the ruble and 70. This is likely?

— In the next month in the market can be so volatile, which need not even particularly negative events, to emerging-market currencies, including the ruble, sharply destabilized. Enough of the escalating trade war between China and the United States. Now in her “solo” trump, but if Beijing really will answer that the international community will feel a hard punch, it can easily cause the currencies of emerging countries soar, and we will see the dollar for 70.

But even if that happens, it will be rather an exception, a one-time panic action. To courses fundamentally prestabiliti above, there are two conditions.

The first is, of course, oil being the chief factor is not the price point, and General dynamics. And the second is the US sanctions. Please note that are separate penalties for Skrobala, separately for the intervention in the American elections, separately for the Crimea. They are all on different channels and from different departments.

Very painful and incredibly difficult for the ruble are not even the restrictions against sovereign debt, as sanctions against one of our state banks. If this happens, the ruble could not resist and 70.

“SP”: — There is an opinion that the current market situation resembles what happened before the crisis of 2008-2009. So whether it’s, whether there is a likelihood of recurrence of this scenario and how will this affect us?

— They say that all happy families are happy alike, but each unhappy in their own way. From this point of view, each new economic crisis has a completely different basis. At the moment there are no prerequisites in order to repeat a crisis reminiscent of the events of 2008.

Now the situation is completely different: changed the policy of Central Banks, the mortgage situation in the United States. However, global problems in the world economy and could trigger a new wave of crisis is. The situation when the Central banks are “driven” rates into negative territory could cause trouble in the future. I think we need to focus on today’s economy. From this point of view, in the coming years, the apocalyptic collapses of the market can be expected.

Although “under the guise of” trade war between the US and China, we see a worldwide trend, when other countries start to bring together the bills by transferring political problems in the sphere of economic warfare.

Now we see the example of Japan and Korea. It would seem that we are talking about trade confrontation (about fees and so on), but actually one of the reasons of such situation is an open wound of the Second world war and the attempt of the Koreans to remind the Japanese about the events that have long passed.

This trend, when political issues are starting to resolve economically, in the long term is much more dangerous than trading the clash of States and the PRC. In the world there is quite a lot of political differences, but traditionally they remained in the political space. And their translation to the economy scares me a little.