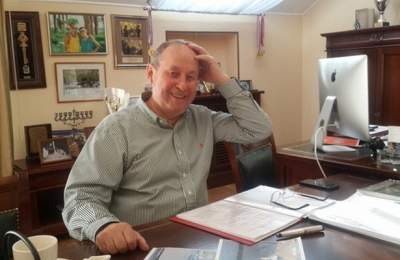 The incident with the boy occurred on July 17.

The Russian billionaire had a heart attack upon hearing of the death of the downed boy. Igor Neklyudov died on the way to the hospital.

The terrible news became fatal for Igor Neklyudov. The billionaire had to call an ambulance, but doctors were not able to do, noting the death from a heart attack.

The incident with the boy occurred on July 17, in the tourist complex “Zaimka Plyusnina”. Neklyudov was driving his automobile reverse near the Playground, when one of the kids — year — old boy fell next to the car.

“Jumped out of the car, people immediately came up, in my opinion, father. The child had already climbed myself, I noticed that he had some broken knees”, — told reporters the witness.

According to him, after the incident the ambulance arrived, the child was taken to x-ray. Nekludov he made sure the boy was provided with adequate medical assistance.

See also:  The results of the missile attack on the United States airbase in Syria. Video

Later the local newspaper reported that the baby was diagnosed with a fracture of the skull base and other incompatible with life injuries, wrote about the death of a child. The entrepreneur from such news was bad, he died on the way to the hospital. Then it turned out that the businessman did not hit a baby. The child’s father reported that the boy really just fell about the car and he’s all right.