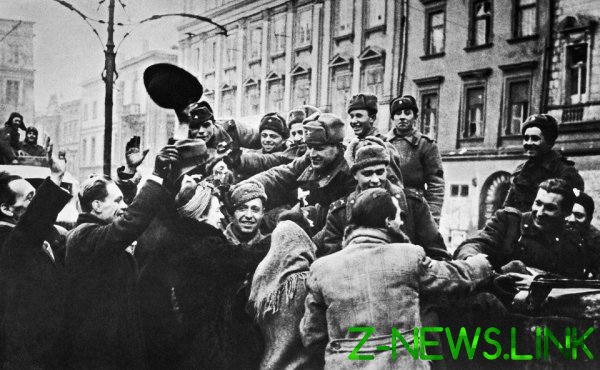 Poland is in debt to the USSR countries, including Russia, for the liberation from fascism, said the Ambassador of Russia in Poland Sergey Andreev in the framework of the events dedicated to the 75th anniversary of the liberation of Auschwitz-Birkenau by the red army.

“Poland exists today thanks to the victory of the Soviet Union in world war II. Without this victory there would be neither Poland nor the poles on this earth. You know, what fate has prepared for this country and its people. If we talk about the debt, it is Poland in debt and to Russia and to other States of the former Soviet Union”, – quotes the words of Ambassador TASS.

Andreev noted that the current attempts to revise the history of the Second world war are not new. “Now approaching the 75th anniversary of the Victory of Soviet people in the great Patriotic war. Once again the world is reminded who defeated fascism, who made a decisive contribution to the victory over fascism, who took an active part in the formation of the postwar system of international relations,” he said.

On Monday in the Polish Auschwitz took place the events dedicated to the 75th anniversary of the liberation of the Nazi concentration camp “Auschwitz-Birkenau”. The celebrations arrive delegations from different countries, but Russian President Vladimir Putin to Poland not invited.

VZGLYAD wrote about how he created and operated the death camp – and how he was released.