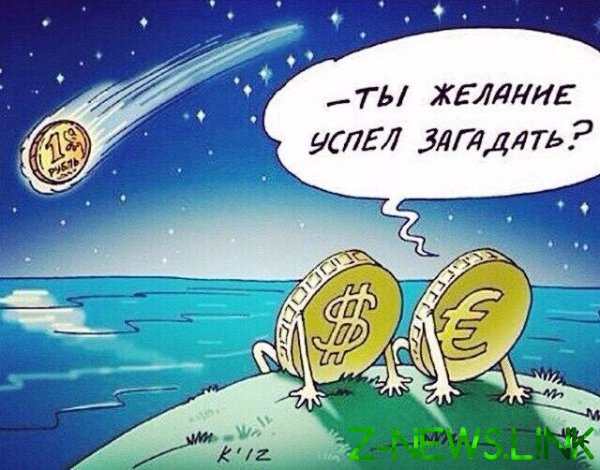 The ruble resumed its decline on the Moscow stock exchange on Friday amid a sharp reduction of foreign currency supply and sales in the Russian market of public debt, for which the first week of July was the worst since March.

The Euro strengthened above 80 rubles. Transactions with calculations “tomorrow” are on 80,1625 rubles per Euro, with a growth rate of 83 pennies, or 1.05% on Thursday.

The ruble is falling, updating the lows more than a month, as wanting to sell the currency on Masuria getting smaller.

During the third hour of trading, the number registered by the exchange of applications for sale of dollars with the expectation of “tomorrow” fell below 600, which the market has not seen since the March take-off courses. The buyers of the American currency is stable for more than 3 thousand. The total volume of sell orders in the moment down to just $ 25 million, which is also the minimum in March.

Index RGBI summarizing prices OFZ sags 0.48% and finished the week down 1.13 per cent – the worst since the March collapse. Oil prices remain stable (42.6 USD per barrel Brent), but the Russian market crushes “intensification of talks on possible new sanctions against Russia,” said the head of the Department of global studies “Opening Broker” Konstantin Bushuev.

The speaker of the house of representatives, Nancy Pelosi on the eve urged to “promptly” impose sanctions on Russia after the recent reports that Russia has offered a reward for killing American soldiers in Afghanistan.

Democratic Senator Bob Menendez introduced a bill to expand anti-Russian sanctions, proposing to hit senior officials up to President Vladimir Putin, as well as close to the Kremlin oligarchs and state-owned companies.

Sanctions against the national debt, which could cause a flight of investors from the Russian securities, project menéndez no. Despite this, investors have sharply raised estimates of the risk of investing in Russia: 5-year credit default swaps on Tuesday flew to 113.5 basis points, updating the highs from last August.

The-resident investors sell Russian assets, analysts of BCS Global Markets last week, foreign funds withdrew $ 90 million of shares and 70 million of debt securities of the Russian Federation. The outflow was a record for the 9 weeks.