Home / Society / The rough translation. In our lives actively introducing words and concepts that are calques from English 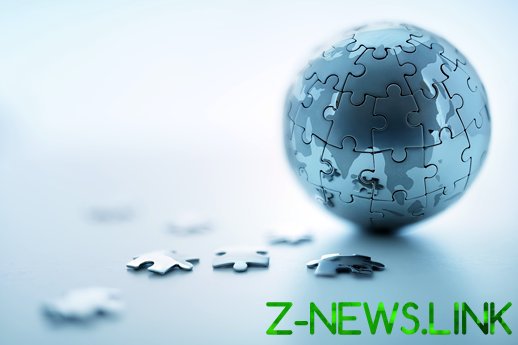 The other day the head of Rospotrebnadzor Anna Popova in the TV program “Moscow. The Kremlin. Putin” said that after the pandemic coronavirus Russia will enter the “new normal”. The phrase “new normal” for the Russian perception of sounds sloppy, downright jarring. And it is clear why – because it is a tracing from the English “new normal”.

The London Economist argues that this expression was first used in a communiqué of G-20 leaders summit in Pittsburgh in September 2009, and its distribution ties with the activity of Mohamed El-Arian, one of the leaders of PIMCO, CA, USA, which manages the world’s largest mutual Fund. The term “new normal” has spread in part to the fact that it can be adjusted to all changes occurring in world economy. That is, this concept in the West, unlike Putin’s Russia, implies a certain meaning. Another ridiculous term, introduced into our lives – “self-isolation”. Maybe it was invented in the Russian government? Or at Moscow city hall? No. This is also a tracing from the English “self-isolation”.

These clumsy copies from English appeared in the rhetoric of the “Kremlin” is not accidental, it is not some individual liberty of Putin’s officials. The scheme is the introduction of a global quarantine to counter biological warfare were developed when U.S. Secretary of defense Donald Rumsfeld as a way to give America power over the world. There is reason to assume that the “Kremlin” received an envelope with instructions – its like something translated from English fast and launched. And when Madame Popova says that we expect a “new normal”, she just voiced some point in launched her plan. And when policemen fined the citizens of the Russian Federation, they just execute the instructions of the Ministry of defense of the United States. And if the citizens of the Russian Federation promised that the restrictions will continue until, until there is some kind of vaccine, then these are the strict confines of the General plan.

Now a little about these terms. “New normal” – what does it mean in fact? The fact that the old normality is sent to the scrap. There is another telling “coincidence”: the American Comedy television series the New normal or the New Normal, which tells about a pair of sodomites, dreaming to have children. For the old normality sodomy was invalid perversion, and the new is welcomed. Thus, the “new normality” means a kind of comprehensive metamorphosis, and it is, of course, not only that citizens are now doomed to go muzzled. Launched comprehensive demolition of the old standards and forced the introduction of new, through the shocking suspense “pandemic”. Has become stilted phrase that the world after the coronavirus will never be the same.

Still, the term “isolation” used in two senses: the direction in foreign policy and the symptom in psychiatry, the care of the patient from contact with people and social activities. Why the word “quarantine” has replaced this the wrong word? If the person shumoizolyatsiya, he has to decide whether to go out or not. If his exit to the street are fined, where does the self-isolation?

In the novel by Yevgeny Zamyatin “We” humans live in a completely transparent houses with glass walls and floors. In George Orwell’s novel “1984” transparency is achieved through channels with feedback. Each room has a TV that works on receive and transmit. “How often, or on what schedule is connected to your cable thought police – this can only guess. Anyway, I could connect anytime. Had to live and you lived, the habit that became instinct, with the knowledge that your every word and listening to every move, until the lights went out, watching.”

Now, thanks to the mode of “isolation” and new electronic control experienced something similar on their skins and citizens of the Russian Federation. Recently, the economist Khazin with some surprise he wrote that he had to criticize the Moscow authorities as “suddenly” he had revoked the pass. What will happen in the next moment for expressing the wrong word – the disappearance of the money from the card or some error in the result of which can be in the list of criminals who are wanted? Each “shumoizolyatsiya” with this approach turns into semipolitical, self every his word and action. A week ago, Putin’s foreign Minister Lavrov said: “the Freedom that has existed until now, will be gone”. He must also read the instructions, clumsily translated from English.