The Rittenhouse case is set to piss off everyone either way 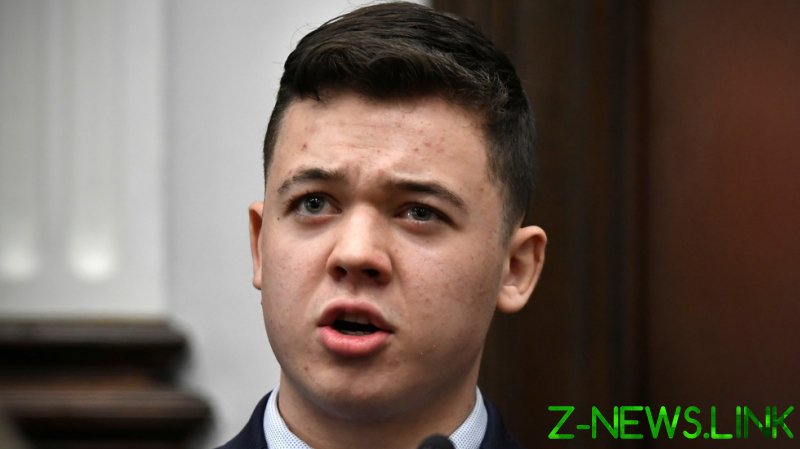 Rittenhouse, who was then 17, is the suspect in a fatal shooting that took place in August 2020, during demonstrations that followed the shooting of Jacob Blake, a black man, by a white police officer in Kenosha, Wisconsin, US. Rittenhouse killed two men and injured a third, in what his defense team is arguing was self-defense.

The former youth police cadet, whose social media accounts were littered with images of weapons, police propaganda, and pro-Trump messages, traveled to Kenosha from his home in Antioch, Illinois with an AR-15-style rifle and a medic kit. He claims he had simply sought to protect property from potential damage and looting by protesters and that he had had no intention of inflicting violence on anyone.

Several defense witnesses backed up Rittenhouse’s claims that he was acting in self-defense, and also that he had been visibly disturbed by the events that he saw taking place. What’s more, some of the prosecution’s witnesses actually appeared to help the defense with their testimony too.

The prosecution called to the stand Ryan Balch, a military veteran who was patrolling the streets with Rittenhouse, and he told jurors the first shooting victim, Joseph Rosenbaum, was “hyper-aggressive and acting out in a violent manner”. They also called Richie McGinniss, chief video director for the conservative Daily Caller, who said Rosenbaum had tried to lunge for Rittenhouse’s gun.

A massive blunder by the prosecution was the fact that they opened the door to one piece of evidence that is favorable to the defense, but would have otherwise been inadmissible: Rosenbaum’s mental illness. They asked Kariann Swart, Rosenbaum’s fiancée, if he had taken any medication the day he was killed, thus allowing the defense to ask what it was for.

According to Swart, the medication was for depression and bipolar disorder. Such evidence is irrelevant in self-defense cases unless it’s already known by the person who uses deadly force, and Rittenhouse clearly didn’t know about Rosenbaum’s mental health. So, prosecutors weakened their own argument that Rosenbaum’s threats were empty by allowing the defense to paint him as an ‘unstable actor’.

Gaige Grosskreutz, the surviving gunshot victim, was another state witness whose testimony likely aided the defense. He told jurors he had been carrying a loaded pistol that night, and even said he had been aiming it at Rittenhouse when he was shot, though he said this had been unintentional.

To be fair, not all of the state’s witnesses seemed to help the defense’s case. In fact, the prosecution did raise many points that strengthened their argument that Rittenhouse had been reckless – for example, by comparing him unfavourably to others who had been staked out in Kenosha defending property. They also called as their first witness Dominick Black, Rittenhouse’s friend who had illegally purchased the weapon for him. Black testified that the gun sling they had purchased beforehand would have made it hard for Rittenhouse to lose control of the weapon, as he’s claiming he had. However, the question still remains as to why prosecutors called witnesses they must have known would undermine their argument, and why they made an indisputable mistake in alluding to Rosenbaum’s mental illness.

Now, this case is both polarizing and politically charged, and it has seemed, at times, as if each side is operating in a totally different universe. However, my view is that these lapses by the state obscure the main point here, which is that minors shouldn’t be walking around with weapons and acting as vigilantes.

Think about it: Kyle Rittenhouse, who was 17, drove half an hour across state lines with an illegally possessed weapon to essentially act as a child soldier for small-business owners. Isn’t that something any sane person should disagree with?

The conversation should not be about what threats were made to Rittenhouse when he entered a belligerent crowd with a loaded gun, but why he was there – a minor with a gun – in the first place. The prosecutors seem to have blurred this one very clear issue with their strategy, and that is obviously going to piss off a lot of people, no matter where they stand on this case.

Those who believe Rittenhouse acted in self-defense will be really upset if he ends up behind bars after the testimony from some state witnesses, which they may well have found compelling. On the other hand, if he ends up walking free after this trial, there will be those who’ll accuse the state of not having done its job properly. And those people are also going to take it as a signal that the US justice system is apparently in favor of child soldiers.

Tags either everyone rittenhouse