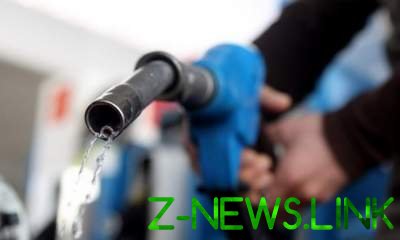 The rise in prices of gasoline filling stations in Ukraine to a historic high caused by the rising cost of imported fuel, which is purchasing the operators on the boundary.

The current growth is dictated by two factors which due to the specifics of the Ukrainian fuel market is very dependant on the price at the gas station. The first one that most affects the last race fuel price tag, the cost of petroleum products on the foreign market that sets the price traders on the border.

The last four weeks in the world of expensive oil, explains the analyst consulting company UPECO Alexander Sirenko. In the European market, in particular, was the rise in prices of petroleum products — gasoline and diesel fuel.

“And these indicators already appear in Ukraine — as in wholesale price and retail. That’s why prices at the gas station went up,” — said Sirenko.

The fact that the current increase in fuel prices caused by the rising cost of petroleum products from suppliers at the border, says the expert on energy issues, the Director of special projects scientific-technical center “Psyche” Gennady Ryabtsev.

See also:  "Ukrposhta" will significantly raise the price of their services

Speaking of gas stations for the last 30 days gasoline a-95 rose in price 4%, the expert said.

At the same time on the border, where we sell oil products from Belarus, Poland and Lithuania, prices are rising due to speculation on the world oil market, experts say.

The reflexivity of prices at gas stations takes place in two weeks, as during this period of time the fuel is delivered to gas stations.

The second determining factor of the price of gasoline at the gas station, experts say, is the hryvnia.

“Each 10 cents devaluation of the hryvnia (the dollar) is equal to +6 cents to the cost of a liter of gasoline at gas stations in 2 weeks,” — said Ryabtsev.

In the opinion of market operators, said Sirenko UPECO analyst, the hryvnia does not demonstrate the kind of stability against the dollar and the Euro, which was supposed to be. In this connection an advance lay in the retail price of the possible fluctuations and currency risks. 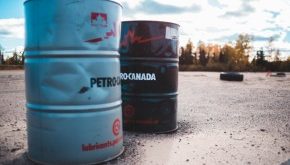 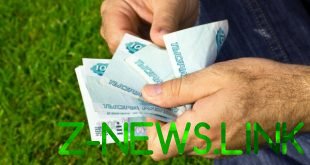