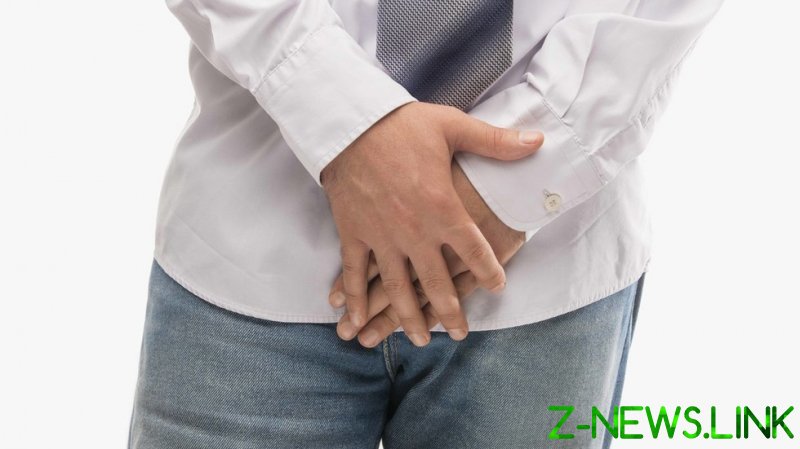 Australia has long been the country with the second highest rate of vasectomies in the world. Since the beginning of the pandemic, however, the rate of sterilisation has doubled!

According to Australian psychiatrist Dr Tanveer Ahmed, young male vegans are getting the snip because they believe it helps reduce population and consumption, which benefits the environment.

The belief that newborn babies constitute a threat to the environment is not confined to Australia. Environmentalist lobby groups are busy condemning those who have large families, branding them “environmentally irresponsible.” Having children, especially lots of children, is treated as an eco-crime. Prince Harry, via the issue of Vogue edited by his wife Meghan, pushed this idea last September, with his promise to have only two children in the name of eco-sustainability.

Many young female environmentalists have also declared their decision to boycott motherhood. In the UK, they have formed the ‘BirthStrike’ movement. These activists have decided “not to bear children due to the severity of the ecological crisis and the current inaction of governing forces in the face of this existential threat.” The BirthStrike website features personal statements from individuals who think it is wrong to give birth. When you read these statements, you realise just how much this movement has become estranged from the experience of motherhood.

The idea that giving birth is some kind of crime against the environment is now even endorsed by celebrities. Miley Cyrus says millennials “don’t want to reproduce, because we know that the Earth can’t handle it.”

The BirthStrike movement is merely the most extreme and depressing manifestation of an anti-humanist culture of pessimism. As is the case with Australian male vegans opting to get the snip, what drives them is not simply a deep attachment to the environment, but also a sense of misanthropy that leads them to the conclusion that the world would be a better place if humans stopped having babies. Their view of babies as polluters of the planet seamlessly meshes with a sentiment that treats parenthood as an undesirable and ‘problematic’ goal.

The dehumanisation of babies illustrates the sensibility of misanthropy driving sections of the environmentalist movements. The consequences of this sentiment were shockingly brought home to me when I read an article in the Australian Medical Journal by Barry Walters, a professor of obstetric medicine.

Walters wrote that “anthropogenic greenhouse gases constitute the largest source of pollution, with by far the greatest contribution from humans in the developed world” and that “every newborn baby in Australia represents a potent source of greenhouse gas emissions for an average of 80 years.”

He went on to ask: “What then should we do as environmentally responsible medical practitioners? We should point out the consequences to all who fail to see them, including, if necessary, the ministers for health. Far from showering financial booty on new mothers and thereby rewarding greenhouse-unfriendly behaviour, a ‘Baby Levy’ in the form of a carbon tax should apply, in line with the ‘polluter pays’ principle.”

Depicting new motherhood as “greenhouse-unfriendly behaviour,” Walters proposed a baby tax. From this perspective, the very act of giving birth is a form of pollution!

The vegans who are getting snipped clearly got Walters’ message and are making absolutely certain they are avoiding any “greenhouse-unfriendly behaviour.” As potential polluters, babies cease to be those lovely cuddly things that bring so much joy to our lives. Robbing babies of their endearing innocence makes it easier to scare people off having them.

In centuries past, babies were depicted as a blessing, but now some argue that not having one is a blessing – at least for the environment. This reversal in the way we regard human life is explicitly advocated by the environmentalist writer Kelpie Wilson, who presents abortion as not so much a necessary option to allow women to determine their life, but as a sacrifice well worth making in the interests of the planet.

“To understand that a tiny embryo must sometimes be sacrificed for the greater good of the family or the human species as a whole is the moral high ground that we stand on today,” argues Wilson. Why? Because “we have to consider how we will live tomorrow on a resource-depleted and climate compromised planet.”

From Wilson’s perspective, abortion is morally justified as a resource-saving strategy. She believes that “most women who seek abortions do so in order to conserve resources for children they already have.” Scare stories about the “physical limits of the planet” are now being presented as “moral arguments about abortion.”

King Herod’s fear of newborns was confined to one baby. Today’s misanthropic fear merchants have a far more ambitious target – the act of human birth itself. It is difficult to avoid the conclusion that those who believe, far from being precious, a human life is a burden on the planet are deeply messed-up people.