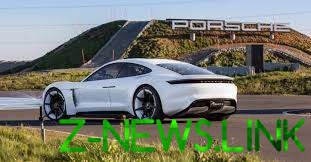 This car is two times cheaper than the famous Tesla.

The production version of the electric Porsche Taycan has never seen before – concepts, photos and camouflaged test “mules”. However, this did not prevent the firm to take on a new model of dozens, if not hundreds of thousands of pre-orders around the world. Prepaid.

One of such customers said that prompted him to this decision.

Norway with a population of 5.2 million people is one of the world leaders in automotive electrification. It is in this country live Jim Roger Johansen, who ordered a Porsche Taycan.

The man told the local edition Teslarati that wanted to buy a modern electric sports car and perfect for him believed Tesla Roadster, which Musk promised to release in 2020. In the garage Johansen already enough long time lives Tesla Model S, of which Norwegian is quite satisfied, therefore, following the electric car he wanted to get from the same company. However, knowing that the cost model will be about 170-180 thousand euros, decided to look at other electric.

Your choice in the end, Jim was stopped at the Porsche Taycan. According to preliminary information electric sports car Porsche would cost 70-80 euros. Yes, it was for “preliminary information” as the living vehicle still has not seen its exact characteristics are unknown, and the price is not finalized. But this does not prevent the dealers of the brand throughout the world taking orders for the model with a mandatory Deposit. The amount of the Deposit in Norway by 20 thousand kroons, or about 2100 euros. That is the amount made Jim Johansen and about 2300 Norwegians.

At the same time, the local Porsche dealer has committed to deliver to the customer the car as fast as possible, but the exact date is not called. Johansen says that he hopes to get his new car before 2020, although the launch is planned for 2019.