Home / economy / The Renminbi 2019: the fall of the currency of China will bring down the ruble

The Renminbi 2019: the fall of the currency of China will bring down the ruble 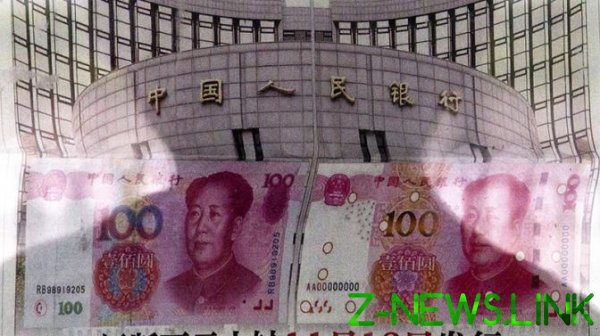 Russians are accustomed to follow closely the dollar, however, there is another currency, on which depends the future of the ruble Chinese yuan. On the news about the problems in trade negotiations between Washington and Beijing, the currency of the PRC began to rapidly fall in price.

And while on the one hand, it is in the interests of Chinese manufacturers, on the other, the collapse of the yuan could lead to the ruble. A collapse in light of recent news, seems quite probable.

“For many years, China maintained a relatively low rate of the yuan, which allowed him to accumulate foreign exchange reserves and to develop their own economies, particularly export-oriented industries”, — explains the situation with the Chinese chief currency analyst of Bank “Solidarity” Alexander Abramov.

Since the mid 90-ies and up to the global financial crisis of 2008-2009, the dollar was given more than 8 yuan. However, after the crisis, the United States began actively to put pressure on Beijing to strengthen its currency, as the American companies were finding it increasingly difficult to compete with the Chinese.

In subsequent years, the RMB exchange rate then fell, then rose, but in the end at the beginning of 2019, rose to 6.7 per dollar, which would seem to suit everyone.

See also:  Promoters want the rematch with Klitschko and Joshua in China

But in early may, there was an escalation of a trade war between the US and China, which caught investors by surprise worldwide. Stocks have fallen, but the main impact was on the Chinese financial market, which began with large-scale capital outflows. In a matter of days, the yuan fell to 6.9 per dollar.

Now both sides are planning to make a principled decision about the trade deal at the next G20 summit, which will take place at the end of June. Up to this time, according to experts of Bank “Solidarity”, the yuan will be under pressure, but will not fall below the level of last year — 7 per dollar.

“But if it turns out that the prospects of the transaction completely gone, we will see many more large-scale weakening of the yuan, to 8-9 per dollar. Perspective of course depends on the fate of trade negotiations”, — predicts Alexander Abramov.

As the yuan is linked to the ruble

The problem is that a weakening yuan may lead to the fall of the ruble, and seriously.

“When was the weakening of the yuan in 2015-2016, the Russian ruble fell from 49 to 80 rubles per dollar. It is much more sensitive to changes in sentiment on financial markets, which is logical, because our economy is significantly inferior to the Chinese in scale and poorly diversified,” says the analyst.

“Protectionism on the rise, escalating trade wars — all this will hit the energy prices. But for us it is the main source of revenues. If it will overlap the global financial crisis, will start the flight of investors from developing countries. For us such a scenario would mean a serious weakening of the national currency, but given the fact that the currency reserves of Bank of Russia exceeded $ 400 billion, we can say that we have the resources in order to overcome this period. Although, of course, the costs we incur” — that is the forecast of the ruble from Alexander Abramov.