Home / Incident / The released Ukrainian prisoners in the Donbass was tortured

The released Ukrainian prisoners in the Donbass was tortured 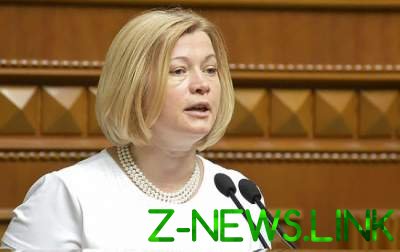 Ukrainian hostages who were released December 27, from captivity of fighters on Donbass, have signs of torture.

This was announced by the representative of Ukraine in the humanitarian sub-group of the Trilateral contact group on conflict settlement in the Donbass Irina Gerashchenko on his page in Facebook.

“Released persons have numerous obvious consequences of torture: trauma to the scalp and missing teeth (most of them were subjected to a serious beating at the beginning of the captivity),” – wrote Gerashchenko.

According to her, 24 former prisoner currently being treated in a military hospital in Kyiv, another 41 – the hospital of the State administration. “Necessary medical care and dental treatment will be provided to those who need them.

The Ministry of social policy is working on all related aspects will soon be made one-time financial payment. A team of psychologists led by Vadim Sviridenko already provides the necessary psychological help to the dismissed and their families”, she added.

Also Irina Gerashchenko said that “work on the second phase of the release (of the hostages – ed.) continues.”