The release of Super Meat Boy Forever will stay 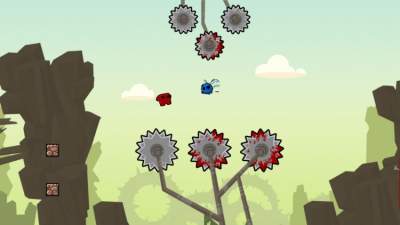 The continuing adventures of meat boy was supposed to see the light of day later this month.

Studio Team Meat promised to release a sequel to Super Meat Boy in April, but still could not finish the project on time. On the transfer release date, the developers have announced via Twitter.

“We made the final improvements Super Meat Boy Forever at record levels, while maintaining health and sanity. At the same pace, we will continue to work, therefore in April to finish everything in no time. Forgive us. We could sacrifice our minds and our lives, but it would be a foolish decision,” said the authors.

Announcement of Super Meat Boy Forever was held in 2014, the project was just a mobile version of Super Meat Boy. The scope has grown and the game turned into a full-fledged sequel, which will be released on mobile devices and on PC with consoles. It will be procedurally generated levels, adapts to the skills and abilities of the player.

Developers are well aware of how much audience does not like hyphens, but they are happy to be able to afford it. “Team Meat’s not working for some evil Corporation, which gives us the orders and makes to do something. We are happy that we fully control the situation and unable to protect themselves from overtime,” the authors add. According to them, too long to wait – the release will be “shortly after April.”