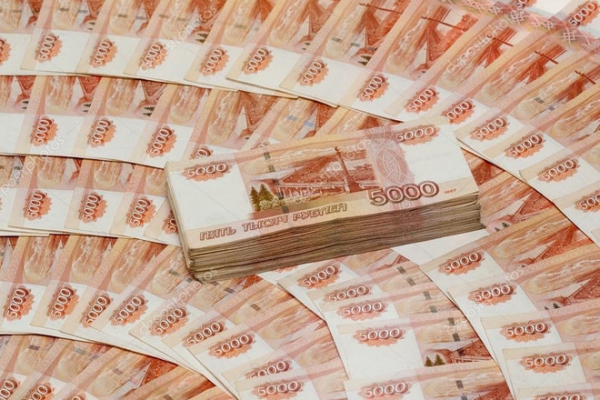 Failure to comply with the budget plan, issued for the disaster, says only the excess money. They can be spent not on public imagination, and people.

Just now finally calculated how much money the Federal budget has nedocromil in 2019 the Percentage of expenditure was the lowest in eleven years (94.2 per cent). The amount allocated but not distributed to the recipients of money made up 1.12 trillion rubles (1.4 times more than in 2018).

A lot or a little? It’s almost as much as the increase in VAT in the same 2019 (-1.07 trillion). Why raise the tax up there and they can’t explain — due to the backlog there is confusion and layering of unrealized projects.

Anyway, the money squeezed out of the economy, and spend failed. Behind closed doors because of this scandal, public financiers abused in every way, and they sigh and promise to reform.

But should those who to the authorities does not belong to want to correct them? I don’t think. We have very different interests.

Look at the Russian financial and economic system (it — putinomics) we can in two ways. Or romantic, or realistic.

The romantic gaze involves a high and noble expectations. Then there is hope for the liberation of the market from the oppressive control of a protective machine, the reduction of government spending, the rise of individual initiative and all that jazz. In these coordinates we must choose lowering taxes and limiting social spending in the hope that blossomed the economy itself will reward us ordinary workers.

Is it possible in Russia today? Well, of course not. Putinomics is not sharpened it. Maybe sometime later. Not today and unlikely tomorrow.

It remains to look at reality realistically. That is to assume that basically everything will remain as it was, including our signature economic stagnation.

Is it possible in such coordinates? Yes, it is possible.

Starting in 2012 and certainly in 2013, the regime tightened the citizens of the zone to get money for their initiatives, and later — and to compensate for the losses from cheaper oil and Western sanctions.

First, the authorities beyond the real measure inflated military spending. Then a little cold to him, but became interested in the national projects — a giant hopeless state investments. Each next higher dream, no matter how fantastic it may be, paid ordinary people.

Recently, however, the pendulum has swung in the opposite direction. Upstairs, thought it was time to stop test subjects for Holiness and to give them at least some money. Hence, in January of Putin’s largesse, from increasing spending on matkapital to the promised free Breakfast.

To get the money (first half a trillion a year, then a few more), invented a curious procedure. The government will buy the Bank controlling stock of the savings Bank, taking the money from the Fund, and the Central Bank most of this money (several trillion) by parts will give back to the government, which, in turn, will distribute them to citizens. This sleight of hand invented to circumvent the ban directly use its funds to Supplement the budget.

Everything is presented in such a way if something to give to people can only be a desperate exertion of all the financial strength and ingenuity. Implication: it is more something we need to give exactly we can’t, not even hint.

This deceit. For which, however, is, and one reasonable concern. The distribution of additional money will drive inflation. Believe that soon she’ll grow against the current, unusually modest. But not critical — only a couple of percent. But if you scatter the money without counting, then there will be trouble. We agree with this concern. The common man inflation is even more awkward than difficult, I have a lot of spare moves.

But the failure last year of the plan budget spending suggests an obvious way.

What was not distributed to the mentioned trillion-plus? Partly because of the sluggishness of the Ministry of Finance and its subordinate Federal Treasury. But largely for reasons perfectly valid recipients has not presented substantial justification. Just demanded money, which then disappears to God knows where. Here they are not given.

The largest volume of unexecuted budget allocations (for a total of half a trillion rubles) occurred in the sections “national economy” and “national defense”. Directly on the projects was nicodano 150 billion rubles.

And the higher authorities is not necessary financiers to push you around, but to recognize that the recipients either don’t need the money, or intend to spend them improperly. If these “Segodnya” means to redirect the citizens (in the form of indexation of pensions, compensations for confiscated cumulative contributions, etc.), the cost of the latest social programs can be doubled, and state finances are stable, and tycoons are not so affected, because no billionaire in 2019, the world did not.

Stagnation is now inevitable, but the degree of anti-people is not constant. Putinomics to the development is not adapted, but is durable. A budget surplus last year was 1,96 trillion rubles, the national welfare Fund in 2019 has increased from 4.04 to 7.77 trillion the Money is there. And the system itself, it may for reasons of self-preservation to share with the people. For this it is enough to give up a part of their unrealistic fantasies.