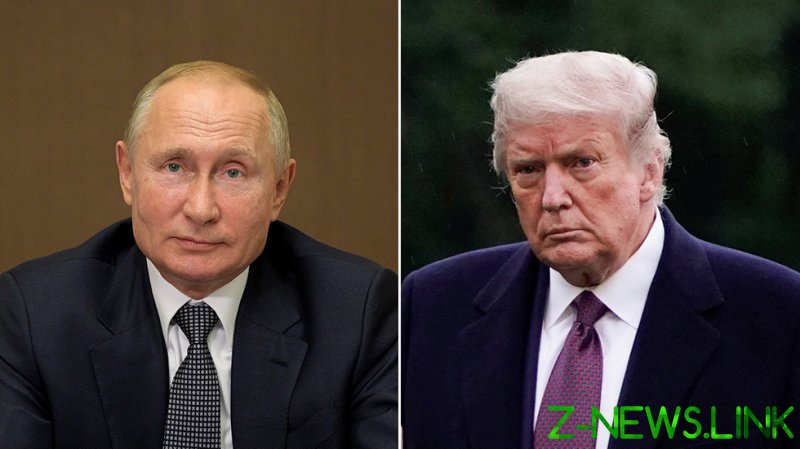 Viewed from Moscow, one of the curious things about the Trump presidency has been the manner in which his political and media enemies have consistently attempted to smear him as “Putin’s puppet” or a “Kremlin agent” in domestic US discourse. But this merely upgrades Russia’s status, by making it seem far more powerful than it really is.

“When someone is trying to humiliate or insult the incumbent head of state, they anyway elevate you and me, and talk about our incredible influence and might,” Putin told Rossiya-1 television on Wednesday. “To a certain degree, this plays into our hands.”

The president further stated that the Russian government is not interfering in the US election campaign, and it is up to voters to make their choice about the candidates. He added that Russia is willing to do business with any American president who is selected by the electorate.

“Voters – US citizens, in this case – should assess the positions of candidates to become president of such a power,” he commented. “We are uninvolved onlookers. We are not interfering. We will be ready to work with any future US president, with the person in whom the American people will vest their trust.”

Putin pointed out that there were varying degrees of positives and negatives in bilateral relations during Donald Trump’s time in the office. On the plus side, he particularly lauded the increased trade volume and stabilization in the energy markets, while among regrettable issues, he said, were sanctions and the US withdrawal from the Intermediate-Range Nuclear Forces Treaty.

Putin also appeared to suggest the Kremlin may be more satisfied with a Joe Biden victory than a second term for the incumbent, citing the Democrat challenger’s willingness to discuss arms control agreements. “Biden has publicly said that he is ready to extend New START [Strategic Arms Reduction Treaty] or to sign a new treaty on limiting strategic offensive weapons,” the Russian leader noted. “It is already a key element of our possible cooperation in the future.”