‘The Raman empire?’ A dodgy Japanese noodle bar or the latest American NGO-driven attempt to weaponise spelling in Eastern Europe? 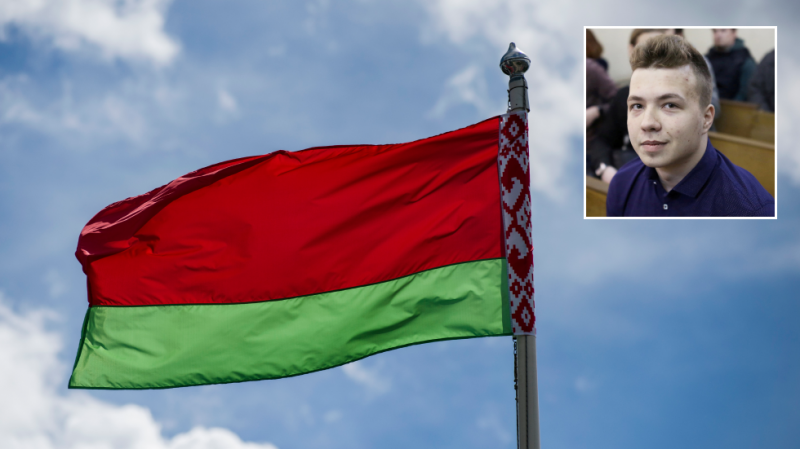 The drive to weaponise transliteration originates from both Westerners and locals who have been attached to US-funded NGOs, with the American state media concern RFE/RL at the forefront of the campaign. We’ve already seen it in Ukraine, where activists mounted a campaign to have the traditional English spelling of Kiev changed to ‘Kyiv,’ the Latin version of the Ukrainian-language name. This made no sense, given it was equivalent to using Moskva, rather than Moscow or Sankt Peterburg instead of St. Petersburg.

Many years ago, in the dim and distant days of my youth, I was a student in what was then the Belorussian Soviet Socialist Republic. Announcements on the Metro in the capital, Minsk, declared each station in turn. “Ostorozhno. Dveri zakryvaiutsia. Sleduiushchaia stantsiia – Akademii Nauk” – which is Russian for “Careful. The doors are closing. Next stop – Academy of Sciences” or wherever the next stop happened to be. But, at one station on the line, it would say something a little different. “Astorozhno. Dzveri zachynaiutsia. Nastupnaia stantsiia – Ploshcha Yakuba Kolasa.”

The meaning was the same, but the language was different – Belarusian, or Belorussian, as it was known back then, rather than Russian. The change in language was a nod to the train’s impending arrival at Yakub Kolas Square, named after a famous national poet who twice won the Stalin Prize, before dying in 1956. Growing up in a village outside the capital, Kolas wrote in Belarusian, and the announcer’s switch was just a small tribute.

I’ve no idea if those announcements are still up and running. But in all the months I spent in Minsk, this was the only time I ever heard the Belarusian language. The city – home to nearly two million residents before the start of mass protests last year – is overwhelmingly Russian-speaking. So, too, is Belarus as a whole. Just under three-quarters of the country’s citizens say they speak mainly Russian at home, while only one in four claims to speak primarily Belarusian. That’s enough to make Belarus a truly bilingual state, but it’s one in which Russian clearly dominates.

All of this makes it a little strange that, in the past few months, a number of Western media outlets have taken to de-Russianizing the spelling of names from the country, and to transliterating them all as if they were written in the Belarusian language. Belarus doesn’t make the news very often, or at least it didn’t until recently. As a result, it’s hard to determine how long this trend has been going on for, but it became obvious once protests commenced against President Alexander Lukashenko last year. At that point, some media outlets made occasional reference to opposition leader Svetlana Tikhanovskaya as Sviatlana Tsikhanouskaya, the Belarusian language transliteration. With time, the practice has spread.

Despite that, it’s far from a universal rule. Place names as yet seem largely unaffected by the trend. Minsk remains Minsk, not Mensk – a version that only a small portion of the city’s inhabitants would recognise. Likewise, Grodno has not been rebranded in English as Hrodno, although some activists have started using that, and Homel. But more and more often, the Western press is choosing to denote the names of people from Belarus in the non-Russian format.

This burgeoning movement has been given yet more exposure after a civilian airliner was diverted to Minsk, where two of the passengers on board – Roman Protasevich, the editor of a Telegram channel banned in the country, and his girlfriend Sofia Sapega – were detained. While much of the Western media used those spellings when reporting their story, others have leapt on board the ‘Belarusisation’ bandwagon, and are going for alternatives – Raman Pratasevich and Sophia Sapieha. Confusingly, though, some mix and match Russian and Belarusian – calling them Pratasevich and Sapega, and discussing their arrest in Minsk, not Mensk. It’s all a bit of a mess.

The use of Belarusian not Russian transliterations can be entirely appropriate – it depends on context. For instance, scholarly books on Belarusian literature, or Bielarusian literature, as these new champions of a minority language would prefer, often use the former. This makes sense, because they are discussing authors who wrote in the Belarusian language. However, in other cases, where Russian is the language of everyday life, it seems to be just another attempt at political virtue-signalling.

Take the case of the blogger whose dramatic arrest sparked uproar across the West. Since he’s currently behind bars, he is unlikely to be able to clarify which spelling he prefers. But, if it is any indication, on his Twitter account, @pr0tez, he calls himself by the Russian transliteration “Roman Protasevich”. It seems a bit presumptuous to insist he was wrong when he set up the account, and should be called something different in English. As for Sapega, who is a Russian citizen, changing her name to Sapieha just because she crosses a border seems even harder to justify. It is roughly equivalent to calling the British-born actor Daniel Day-Lewis, Dainéal, given he lives in Ireland.

Transliterations should help English speakers to accurately pronounce words. But, on occasion, in their zeal to prove their political correctness, reporters seem determined to make life difficult for us. This week, news came from Minsk of an opposition activist who, tragically, stabbed himself in the neck during a court hearing. Most news agencies dutifully reported his name as Stepan (or sometimes Steffan) Latypov – an easy name for the average English speaker to get their tongue around. A few, though, insisted on referring to him instead by the much more unpronounceable name Stsyapan, or Stsiapan, Latypau. Once again, nobody seems to have asked him whether that’s what he prefers, but on his Facebook page he himself uses the name Steffan Latypov. Once again, it seems more than a bit odd for others to decide to rebrand him.

How can this strange bout of inconsistent and inappropriate Belarusian linguistic nationalism be explained, and why has it conquered the Western press? One explanation would be that, by using the Belarusian transliteration in place of the Russian, some imagine they are expressing sympathy for the Belarusian opposition movement, which has been far more closely associated with efforts to revive the language.

It hardly matters that the movement itself may not have asked for this strange sign of support, but by acting in this way, journalists can signal to readers in the know which side of the Belarusian political conflict they are on. They can thereby preserve a façade of neutrality while actually intimating a political preference.

In some cases, it might also reflect a desire to turn the political crisis in Belarus into a tool against Russia. The point of using Belarusian transliterations is not so much because of the beauty and the relevance of the language, but as an excuse not to use Russian. The underlying philosophy is that what holds back countries such as Belarus and Ukraine back is their cultural attachment to and shared history with Russia. To become ‘normal’ countries in the Western mould, they must turn their back on all things Russian – even their words, and ‘Belarusisation’ is a tool to accomplish this political goal.

This is a dangerous game. Further south, a similar process of ‘Ukrainisation’ has proven highly divisive in a multilingual country where many have strong ties to Russia, and could well be said to have contributed to the country’s civil war. But at least in Ukraine, the percentage of Ukrainian speakers is sufficiently high to give Ukrainian linguistic nationalism a credible chance of success as a political program. Belarus is very different. Pursuit of Belarusian nationalism will not only serve to divide the country, but is also doomed to fail, for the simple reason that the Belarusian language is spoken by only a minority of the population.

Because of this, efforts to tie the Belarusian opposition to this idea of linguistic nationalism are a decidedly bad idea. No doubt such a move makes the people who engage in it feel good about themselves. But virtue-signalling aside, for the sake of Belarus, we have to hope this trend stays only with Western journalists and pundits, and US/EU-funded local activists – and in the margins where it belongs.