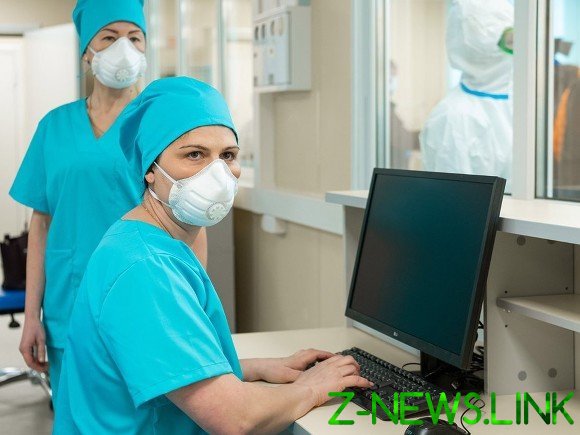 Reminded of the promise to write about the false hope of postcolony the heyday of medicine.

For starters, the term needs to be clarified. What is considered medicine? If a medicine is considered public procurement in the field of subjects relevant to health, the following forced marketing, building temporary hospitals and insider trading in shares of companies promising vaccinemedicinerescue and focused again on the “compulsory purchase” of drugs from the state budget, now this kind of “medicine” is indeed a great global prosperity. It is, however, short-lived.

If the medicine is to understand something else, it can be assumed offhand three groups of problems that will prevent the Doctor and Scientist to take the place in the world, which they promise, and patients to a long and happy life from their hands.

1. Factor of pharmaceutical companies. The helplessness of science and “big Pharma” in the face of the epidemic. Society does not understand that the real wonders of the pharmaceutical companies are decades, not so much of labor and science in the traditional sense, many swarming regulator, patent attorneys, investors, designers and subcontractors, research and other participants in the process of appreciation of the treatments that were fed the drug, like a pig.

Long and expensive — this fundamental principle of development of the pharmaceutical industry, I have already written. And now these people can’t stay out of work. Because it is they, not the authors of molecules — is the Pharma industry as we know it. As a result, what happens is really the growth of shares of companies actively involved in the good news about their products. Art Nouveau rose three something times on the expectation that the trump on the eve of elections buys the vaccine, whatever it was. Gilead is traded with the US government for the price of remisier (the drug repeatedly funded grants who, because fifteen years was developed from Ebola) and wants to sell it again, but this time in accordance with the “public danger” Kovid.

While there is no vaccine, and remisier effective, apparently, as well as Tamiflu against swine flu (remember the old-timers, as they say). So bigpharma nothing to say comforting. And States she says — if something appears, to pay you have so that you’ll go crazy. And face we will not crack.

The main consequence of what is happening — the decline of trust in science, the disappointment in the pharmaceutical industry, and both public and state. I noticed that in the “zakryvateli” speech in March, and “otkrepitelnyh” speech in may the heads of all States relied on a lot of important and meaningful things like “national spirit”, the “heroic story” and the values of cohesion, but nobody said a word about science and salvation, from the science of what is happening. Because of the offices of international pharmaceutical companies nobody expects anything but ruin.

2. The factor of infrastructure. Money States expect not only highbrow members of the boards of Directors of global companies. There is much more simple model of earning on the crisis. This construction and procurement. The subject even illustrate examples does not make sense — so this is hot in the news. I dashed that their developers hospitals, thermometers buyers, domestic manufacturers of medical ventilators and other single suppliers of masks retail in every country of the world. And the scandals they get regularly selling without any competition. From Lisbon to Vladivostok. And from são Paulo to Boston.

The discussion of the results of the epidemic in significantly impoverished societies will inevitably lead to scandals. Which badly damage the credibility of States as such, and to health systems in particular. And that’s aside from the fact that the massive construction and the purchase takes huge resources, creating reserves, are not secured by any personnel or budget.

The same “bed” for a number of which are now praying everywhere from Milan to Madrid and from new York to Moscow — it’s not a bed, with outlet, bedside table, privacy screen and plugged into a socket electric Pribluda. It is a system that includes a complex electrical infrastructure, a sophisticated ventilation system, sophisticated security infrastructure, laboratory capacity, human resources, which grow for many years and at high prices. Beds that just do not include, are the fake hospital when on paper and in purchasing it is, in fact — believe that there is. She not only eats resources, it also can burn together with the patient.

And turning the “fake-hospitals” in provisions of the hospital real power will eat resources on such a scale that neither science nor doctors tools simply will not.

3. The factor of the person. There is one global theme uniting all of the state — a decline in earnings of doctors “in General”. The reasons for this are different depending on the health care system. But the trend is the same everywhere. Omaha city, and in Smolensk. If you speak the language of Economics, the “area of profit” in health care is biased towards “health doctors” and healthcare professionals from physicians of conventional. That is, the infrastructural support of the epidemic is considered a “customer” States more important than actually fight the disease. I really hope that this is a temporary phenomenon and at least somewhere in the world will be able to put the doctor at the forefront of the health care system. But the injuries that the pandemic has exactly the medical community, heavy, and they do not heal with applause, TV shows and even more money.

Of medicine actually exclude people from “risk groups” — first of all experienced physicians older than 65 years. Everywhere they are sent on various forms of leave without pay or reduce this is the content. The action of the doctors (and the productive age) die, but even more disappointed. The outflow from the profession for the epidemic is impressive.

And heavy running patients will be much more. We can confidently say that as a result of the epidemic, the quality of the provision of regular health care will become significantly worse for many years to come.

Well, again, trust issues. Doctors do not know and do not know how to treat the disease. Learn on the go. In places where there are acute crises — not enough staff. Today fear to look at the doctor as the Savior. When the fear will recede — ton on the agenda will be to ask those who are saved, and the relatives of those who died. And those who are poorer. “Social victims” of epidemics always tend to blame the doctors that happened to them.

So. What we have in the result. Disillusioned and impoverished people. And frustrated that the poverty they sold under the guise of “humanism” and “life-saving”. Mediaobjectco, which suffered enormous human and not only human loss. Morally bankrupt pharmaceutical companies, nevertheless, offering “salvation” for all the big money. Media scandals about which of the existing elites profited from the crisis.

Where is the substrate for the development of medicine? Rather, we can speak about serious concerns for the quantity and quality of medical care that we had to 1.01.2020. Especially in complex, expensive areas, such as orphan diseases and cancer.