The Prosecutor told the court about “the riches” son Avakov 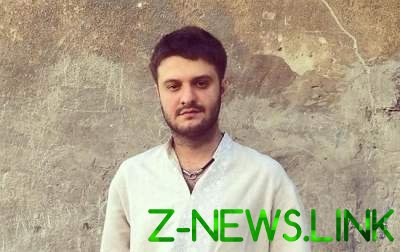 The prosecution wants to oblige the suspect, Alexander Avakov to wear an electronic bracelet and asked to set bail at 5 million.

“Avakov was 2 apartments in Kharkov, and in Kiev (375 sq m). In the property there are also three cars. I would like to direct the court to determine the amount of the bond is greater than the provided article of the code. The amount of damage is 14 million. The Deposit of 5 million hryvnia will be able to provide compensation. Avakov financial situation allows. Asking to oblige the suspect to report the location, change of place of work and to refrain from communicating with officials. Please oblige to wear an electronic bracelet Avakov, ” – said the Prosecutor.

Recall, October 31, the National anti-corruption Bureau of Ukraine in the framework of the so-called “backpacks” reported about suspicion to the son of the Minister of internal Affairs Alexander Avakov, former Deputy interior Minister Sergei Chebotar and the representative of firm-the winner of the tender for the supply of backpacks Volodymyr Lytvyn.

Activist Alexei Gritsenko said that the courthouse is about 50 people in camouflage. Reporters also clarified that on the floor, where the courtroom is located more than 15 people in military uniform. Former adviser to the Minister of internal Affairs of Ukraine Ilya Kiva reported that together with him in the court came the veterans of the antiterrorist operation in the Donbas.