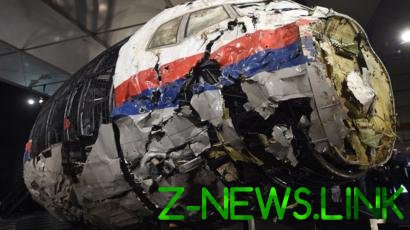 Moscow. June 9. INTERFAX.RU – the Dutch Prosecutor’s office expressed the view that a passenger “Boeing” could be shot down by the Ukrainian military in the sky over the Donbass in 2014 with SAM “Buk”, as thoroughly studied this version and found no evidence.

“There is no evidence indicating that the plane was in the radius in which it could shoot down the Ukrainian armed forces,” – said at the court session in the Hague, one of the representatives of the prosecution.

He explained that at first, investigators identified a “wide area” from which the aircraft could be launched missile. “This area was not under the control of the army of Ukraine”, – said the employee of the Prosecutor’s office. Then, according to him, the estimated launch area narrowed. “This small area was completely beyond the control of the armed forces of Ukraine”, – he said, explaining that we are talking about the area near the village of Pervomayskaya.

Also, the Prosecutor stated that the investigators checked and found inconclusive and additional versions of the crash – such as the explosion on Board or a blow of a combat aircraft.

On Monday in the Hague regional court resumed the hearings on the case of the crash in Eastern Ukraine plane MH-17. They are broadcast on the court’s website.

The hearings were interrupted in March due to the outbreak of the coronavirus in the world. Then in the Netherlands have announced that they will listen to the courts only in urgent matters, and consideration of the case about the crash of a Malaysia Airlines plane in Ukraine was postponed until the summer.

The trial is conducted against four citizens of Russia and Ukraine, which, according to prosecutors, was involved in the tragedy.

At this stage, the hearings are more technical in nature – parties report of the information collected and what additional data they would find useful.

The loss of flight MH-17

Aircraft Boeing-777 of Malaysia Airlines, carrying out flight MH17 Amsterdam (Netherlands) – Kuala Lumpur (Malaysia) was shot down in the skies over the Donetsk region on 17 July 2014. All were on Board 298 people were killed.

In September 2016 SSG published the findings, according to which the airliner was shot down by a missile launched from a Buk missile system, and a year ago announced the affiliation of this “Buka”. According to the SSG, is the rocket launcher of the Russian 53rd anti-aircraft missile brigade based in Kursk.

May 19, 2019, the investigation team has officially named four accused of involvement in the death of flight MH17: it is the Russians Igor Girkin (Shooters), Sergey Dubinsky, Oleg Pulatov and Ukrainian Leonid Kharchenko. All of them, as reported in court was not. Pulatov at the moment – the only defendant in the case, sent to the hearings with his lawyers.