The production of the remake of “the Crow” starts in February

News from the category of “Oh really?!” How many people were involved, how many companies, how many conversations we heard… and Now I can’t believe this Saga can end. Yes there is a remake of the cult “the Crow” with Brandon Lee for so many years is hanging between life and death that many of his finally buried. However, some action appears to have started.

Recently came the news that the right to rebut the paintings came to Sony Pictures. In response to recent Studio projects, this news has not caused great enthusiasm in the fan community, but, at least, as hinted, not in a hurry to dig the grave for the remake, he can still spread its wings.

And then suddenly he spoke , James O Barr, the Creator of the original comic book that spawned the movie. During the interview within the Los Angeles Comic-con, he said that active work on the film should start early next year. In addition, Barr called and the name of the Director!

At the moment, plans in February to begin pre-production with a very talented British Director Corina hardy. I’m involved in all aspects of the production of paintings and work in close conjunction with the Director.

Corin hardy, who is now involved in a spin-off of “the conjuring,” about a demonic nun, was among the candidates for the post of Director of “the Crow” and in a moment stood still at the helm of the project. But then came the usual problem of the remake, hardy was dismissed, the scandal… in Short, start all over again. But now, perhaps, it looks more serious. Let’s see where it leads. In any case, active participation of the author of the graphic source – already fat plus.

Well, the main role in the film should perform Jason Momoa (“Aquaman,” “Game of thrones”). Although when it comes to the remake of “the Crow”, we can expect any surprises. We will monitor the situation. 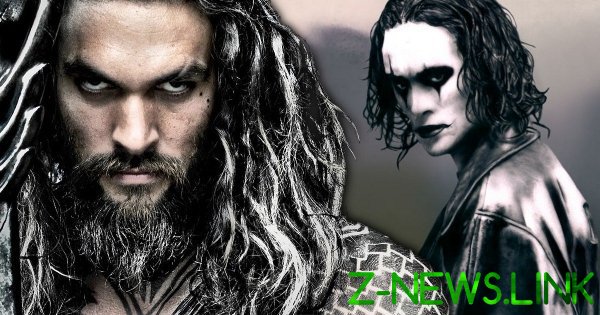