Home / policy / The process went: why the case of Ephraim will not change anything

The process went: why the case of Ephraim will not change anything 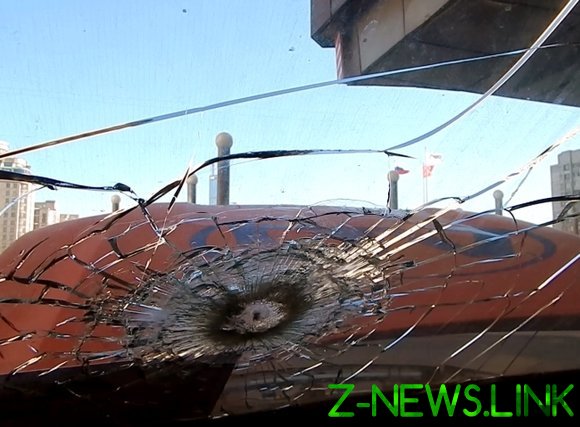 Whether Russia is really common to all law, the courier Sergey Zakharov would have been alive today.

Actor Mikhail Yefremov waiting for severe punishment. Honored — he killed a man, sitting behind the wheel drunk. And we, apparently, waiting for a large-scale show trial.

Speaker of the state Duma Vyacheslav Volodin has instructed the Committee for security and counteraction of corruption to take control of the situation surrounding a fatal accident involving Ephraim. “One law for all. Drunk driving is unacceptable. If it involves the death of a man to 12 years in prison, who would be driving may be,” — said Volodin.

However, his words cause some confusion. Does the Chairman of the lower house of Parliament has reason to believe that the independent Russian investigation and the court can suddenly be influenced by high-ranking patrons of the artist? To respond to a call from the Kremlin, where, too, there are connoisseurs of talent “citizen of the poet”? Or, scary thought, to take from the defendant the money for a more lenient sentence? Volodin seems to want to warn potential bribe-takers: the MPs will strictly ensure that the offender does not leave the responsibility.

I would even applaud such integrity, Yes, the memory interferes. Haven’t forgotten, stopped to buy gasoline at the pump lukoylovsky ten years ago. Then Mercedes Vice-President of LUKOIL flew on Leninsky Prospekt in Citroen, where there were two women. One died immediately, the second died in intensive care. The criminal case was brought only two days later, under pressure from the media. During this time where something happened to the CCTV footage at the time of the accident, was missing the license plate of the businessman, lost witnesses said that the Mercedes flew into the oncoming lane… unable to bear it all for the rule of law, suddenly died from a stroke the husband and son of the dead women. But soon arrived, and the verdict: guilty was the driver of the Citroen, the one that died on the spot.

And this is not an isolated case. “Rosbalt” has made a selection of the accidents, the participants of which became “difficult” people, going from the punishment or receiving it softer than soft. For some reason, then the speaker or other top officials of the state have not asked my colleagues to follow the law.

You can do a thought experiment. For example, imagine that the driver of the jeep, jumped into the oncoming lane, this time he was not mocking the power of the drunk and rowdy Efremov, and some other famous artist — say, of the Trustees of the President. Honored a decorated DOE, who with his charisma draws people to vote in the right direction, voiced momentous amendments to the Constitution and generally very correct person with one big drawback — likes to drink (or eat more).

We assume that in the best case, the citizens reported the incident wouldn’t even have known. Relatives of the deceased courier gave generous taxed. But experts of the Russian TV-show and continued the routine to criticize an America where blacks are killing. In the worst case, if the video of the accident is still leaked to the Internet, guilty could recognize and the courier saying that there is nothing to travel around the capital in a sort of remade cardboard van that does not conform to safety standards.

But whether in Russia, this law — the one that is the same for all, — courier Sergey Zakharov would have been alive today. Because a driver’s license from Michael Ephraim, about the drunken antics of which is now in paint tell on all TV channels friends and enemies artist, was away a long time ago. But, apparently, representatives of the traffic police had not yet received instructions from Volodin.

If Russia in reality, not in words, struggled with drunk driving, it would not be limited to increasing penalties, with the increase which only increases the welfare of the cops, and could, for example, try to learn from the experience of other countries. One of my friends said in Facebook, as it happens in the same America.

He was stopped drunk driving. Once it became clear that the level of alcohol in blood above admissible, the police called the paramedics and fire truck. This is the Protocol. The arrival of the paid guest of honor. Further, the court Freund deprived of rights. And ordered to undergo rehabilitation for alcoholics in the course of the year. All at his expense. Miss classes at least once — run the risk of going to jail. The course included a series of personal meetings with mothers of children who were killed on the road by drunk drivers. And it was hard. Friend says suddenly really realized that he too could become a murderer.

I believe that Mikhail Efremov now shocked — just killed them Sergei Zakharov will not save. And the friends of actors, including security forces and politicians who only yesterday good-naturedly laughed at kooky eternally tipsy Joker, but today angrily rebuke, is also killer. Even passive. Because not stopped.

And all this show trial to punish the alcoholic and drug addict — and even talented, this kick is a double pleasure — will end in nothing. According to the traditions of our country, once the wider public get tired of rummaging in the linen murderers and the murdered, all will come to naught. Until the next high-profile incident. Better, of course, with someone of the most loyal to the government VIPs. Then there will be again in time to remember that the law is the same for all. And pull on the offending pack chain telesonic.