Home / Society / The problems start when there’s nowhere to run

The problems start when there’s nowhere to run 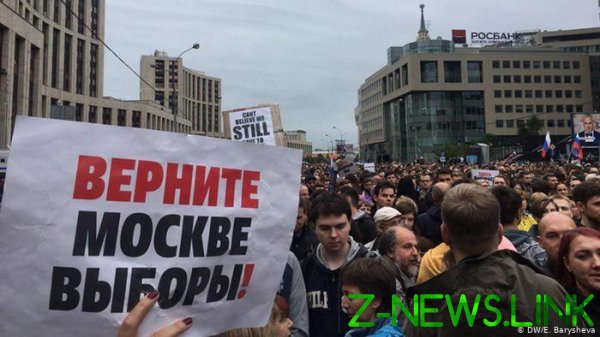 It is now fashionable to compare the protests in Moscow (St. Petersburg, other regions of Russia) with the Western type of the Paris “yellow jackets” or Hong Kong. There, he says, all the stronger and more numerous, and Russian — terpily, because here it is all.

Any comparison should be done with caution, as patterns of behavior, of course, common to all, but local specificity makes the appearance similarity is entirely different in content.

The overall pattern of behavior of a normal person is his reaction to the difficulties and hardships, disasters — natural or man-made. The most economical strategy is migration — people just walk away from the disaster zone in search of the best. “Fish is looking for where it is deeper, man — where better.” A significant portion (if not all) large-scale invasions and mass migrations of peoples are just associated with a significant deterioration of life in the indigenous territory, after which the locals move out and go off into the distance, beyond the horizon, in search of a better life. Even Genghis Khan appeared at exactly the historical moment when a few decades of extremely favorable conditions, the Mongols grew in number, increased their herds of horses and suddenly it turned out that the surplus of consumers through eating local food infrastructure, and salvation in a significant reduction in the number of inhabitants of the steppe. The inner Mongol war with each other could solve the task, but Genghis Khan offered an alternative — the conquests that had to appeal to all. The Russian peasants with their slash-and-burn agriculture was not mentally easy going and for any reason were removed from the scene and went farther to the East and North. Any brutality of the state was perceived as a normal natural disaster, the response to which was laid across cultural traditions.

The problems start when there’s nowhere to run. The Europeans or the Chinese very quickly selected all habitable territory, and were forced to include a new strategy for dealing with adversity — resistance and development. Complication of social structure in this sense is no different from the complexity of the technological structure — rather, they complement each other. Both allowed on the same site to change the basic resource and, therefore — to have a chance at continued existence, but without the tedious flight and resettlement in a new place. This strategy required a significant change of mentality, but in the end it was worth it. If the traditional way is not a survival, it is necessary to change the way it is, go to manufacturing and then industrial production. With the appropriate change in the social structure of society.

Historically we are very different from Europeans or Chinese just because we, until very recently, was where to go. And now, by the way, too. Therefore, the strategy of migration (internal or external) are much closer and clearer strategy of transition to new qualitative level of development. So Brin could never create a Google, but it all turned out perfectly. And the absolute genius Perelman was able to make his discoveries only in the absolute inner emigration, which is incompatible with the staffing of the laboratory of mathematical physics.

That is why it became a meme about a Russian revolt, senseless and merciless that, and also about the fact that Russian long harness. But this is understandable. As long as we have at least some room for maneuver, the cultural code requires to find a way to escape and retreat. But when the space ends — the Russians always defending these three birch trees and over the ravine so that the German generals years came in and wrote a whole memoir about a very local, but it is absolutely incomprehensible to them in its frenzy, and therefore hit with a hot iron, the fight. And the explanation is simple — to retreat further was nothing, and so there is no need. You only live once.