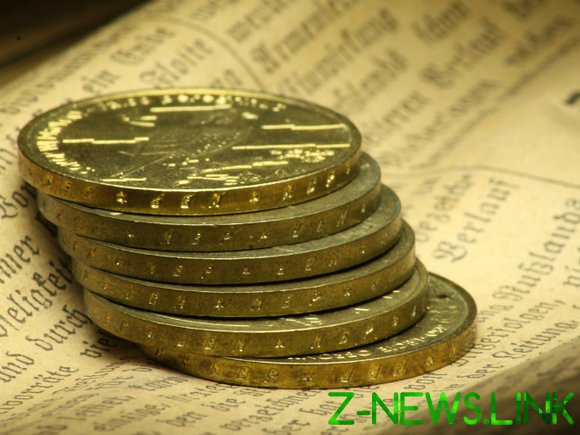 The price of gold jumped on Friday morning by 1.44% to $1995 per Troy ounce, according to data the American stock exchange Comex.

The maximum value during the trading session was $2005,4, according to RBC.

Thus, the price of gold for the first time in history exceeded $2000 per ounce.

Surge dynamics in the precious metals has occurred against the publication of negative statistics on the U.S. economy.

As recalled by the head of the Department of economic and sector analysis, PSB Eugene Loktionov, yesterday released a “preliminary estimate, real GDP in the 2nd quarter, according to which there was a noticeable decrease analiziranih increased by 32.9% for the quarter, and the GDP deflator unexpectedly, for the first time since 1949, was markedly negative, amounting to minus 2.1 percent”.

The analysts ITI Capital indicate that “the major decline of consumption in the US fell on dining, leisure and entertainment and commercial sports, the demand was observed mainly in the segment of discount store and food”. “Business spending on software, R & d, equipment and construction fell by 27% year-on-year. Reduced the volume of exports and imports. Government spending increased due to one-time benefits and additional unemployment benefits”, — stated in the report of the experts.

However, they state that this statistic was not surprising “for the economy where the services sector accounts for 79%”. “Consumption fell by 35% year-on-year in the second quarter of 2020. First, a statistic plunged experts in shock, but then the market calmed down, and oil stocks played part of the fall” — analysts say.

As for gold, the expert on Finance CEX.IO Broker Alexander Anouk drew attention to the decline in demand for this precious metal “from the banks” by 39%, although it “greatly increased from passive investment funds.” “This is a speculative demand, which most likely has dried up” — suggests the analyst.