Home / WORLD / The President of the Philippines shocked blasphemous statement

The President of the Philippines shocked blasphemous statement 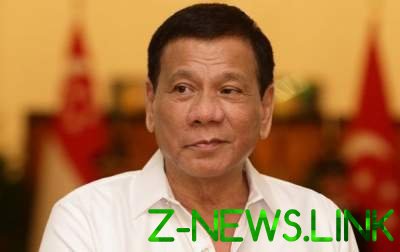 The President of the Philippines Rodrigo Duterte called God “stupid son of a bitch”, what shocked the people of his country, 81 percent composed of Catholics.

The head of state wondered why according to the Bible God created Adam and eve just to allow them to resist the temptation, and thus destroy their purity and innocence.

“Who is this God stupid? This son of a bitch is really stupid,” said Duterte, speaking in the capital, Manila.

Words angered both opponents and supporters of President. As writes the edition, one of its supporting Catholic priests considered words like “blasphemous statements”. But an opposition Senator called the Philippine leader is an evil man whose words “are consistent with deception, heartlessness and ruthlessness of his policies”.

As noted, the clergy largely dissatisfied with the decisions of Duterte.