Home / Society / The preliminary agreement. The trial in the Hague for a price of 55 billion dollars has a very specific story

The preliminary agreement. The trial in the Hague for a price of 55 billion dollars has a very specific story 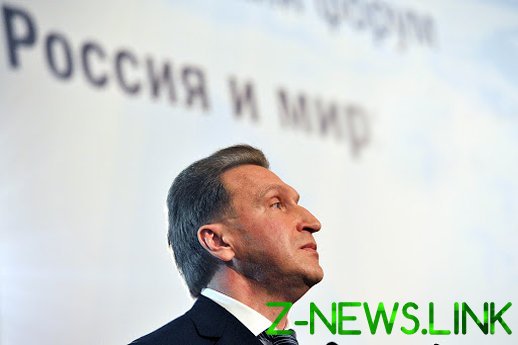 The lawsuit filed by former associates of Khodorkovsky, who decided to shake from Russia huge money, from the very beginning was like a play. Representative of the interests of the Russian Federation was somehow appointed as the American judge Stephen Schwebel. But it is clear that the actors in this story was much more.

Almost six years ago, “the Permanent court of arbitration” has awarded the “khodorkivtsi” compensation of 50 billion dollars. In 2016 the Russian Federation challenged this decision in the District court of the Hague. But a higher court has not resisted. But why at the turn of the 2010s, the “Kremlin” actually agreed to participate in this process? Despite the fact that the interests of the Russian Federation represented a foreign law firm, and the names of responsible officials while in the foreign Ministry and the Ministry of justice has not been named officially. It was then laid the Foundation of the judicial decision, according to which Russia must now pay “khodorkivtsi” of $ 55 billion, and with interest. At the current exchange rate is approximately 3.5 trillion rubles – an amount comparable to the budget of health of the Russian Federation for three years.

Studying the ins and outs of the judicial process in the Hague, it is impossible to ignore the figure of the Roman Kolodkin a professional lawyer and a cadre of Putin’s diplomats. At the time of consideration of the claim of former Yukos shareholders, he served as Ambassador extraordinary and Plenipotentiary of the Russian Federation in the Netherlands. For the past eight years Kolodkin headed the legal Department of the foreign Ministry, where, in fact, returned after a six-year service in the Hague.

In April 2016 Kolodkin spoke at the enlarged meeting of the chair of international law MGIMO. His report was devoted to “Pacific settlement of international disputes, especially in connection with the business “Arktik sanrayz” and the Yukos affair”. Doctoral candidate of the Department Kolodkin asked about the reasons for the attraction of foreign lawyers to the process in the Hague and why “Russian” arbitrator in the Hague, was appointed American Stephen Schwebel. The speaker responded that the decision was prepared by the Ministry of Finance of the Russian Federation. As we recall, the curator of the Treasury at that time was Deputy Prime Minister Igor Shuvalov.

Kolodkin also appears as a close relationship Shuvalov and Putin’s oligarch Mamut. All three are graduates of the law faculty of Moscow state University, Mamut and Kolodkin studied on the same course. Shuvalov graduated from the University at a later date. Acquaintance with the future Kolodkin Deputy Prime Minister took place in the first half of the 90s, when Shuvalov – then still a young graduate of law school – got a job in the legal Department of the foreign Ministry of the Russian Federation. Soon, apparently under the patronage of his boss, he moved to the Mamut company “ALM Consulting”, which later led together with a number of other law firms. In 1997 he returned to the civil service, becoming first Deputy head of the state property Committee and then head of the government apparatus. It is thanks to his career Kolodkin in 2009 was appointed Ambassador of the Russian Federation in the Netherlands.

Another close connection of the defendants in this case one Pavel Ivlev, a lawyer, who not only managed the account of Shuvalov, but also led the company’s business of Khodorkovsky. Apparently, he had the personal authorization of the oligarch. Later, Ivlev became the figurant of criminal case about plunder of oil output abroad and money laundering Yukos. At the moment he is hiding in the United States.

From the outside it all looks like connected people usurped the upcoming process: classmate Mamut Kolodkin promoted Shuvalov, Ivlev and helped Khodorkovsky in its operations. It is surprising that with such a “team” in 2016, Russia could do anything to win in the District court of the Hague.