Home / WORLD / The Pope was surprised by a Frank recognition

The Pope was surprised by a Frank recognition 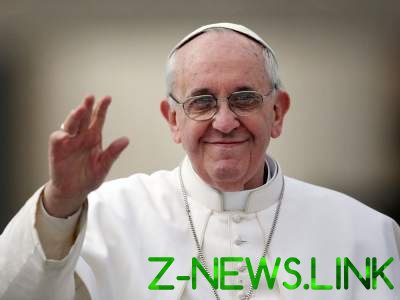 Pope Francis admitted that six months was seeing a psychoanalyst.

Pope Francis in 1978, when he was ordained a priest, was visited by a psychoanalyst, “to clarify some things.”

This he said in an interview that will appear in its upcoming print book.

According to the report, father Jorge Mario Bergoglio, when he was 42 years old, met with a therapist once a week for six months.

“I consulted with a Jewish psychoanalyst, said Bergoglio to his companion. Within six months I went to her house once a week to clarify some things. She was a doctor and a shrink.”

The priest said she was a good person, and called him for the last “spiritual conversation” when he was dying.

As you know, 13 December 1969 Bergoglio was ordained a priest. Appointed Professor of the theological faculty at the College of San Miguel in the Argentine capital. In 1970-e years, he held various positions in the Jesuit order in Argentina.

In November 2016 Francis has extended indefinitely the right of all Roman Catholic priests to forgive sin of abortion. Previously this right was only granted to bishops, and special Confessors.