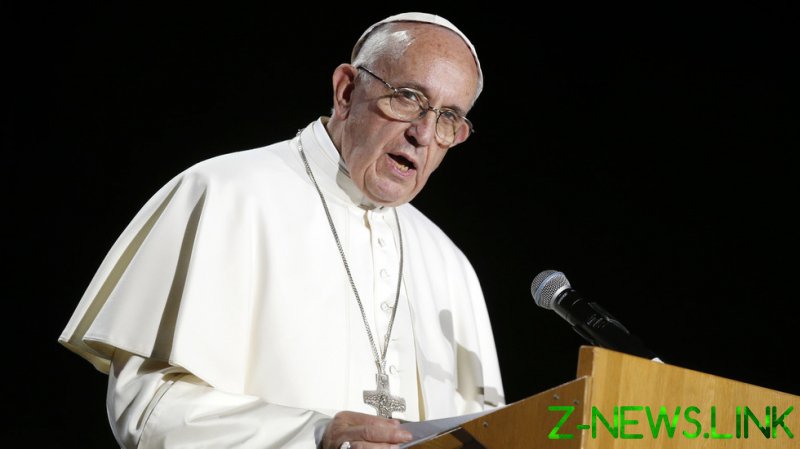 Earlier this week, the pontiff told an audience at the Vatican, “We see that some people do not want to have a child. Sometimes they have one, and that’s it, but they have… dogs and cats that take the place of children.” But he didn’t stop there. “A man or woman who do[es] not develop the sense of fatherhood or motherhood, they are lacking something, something fundamental, something important,” said the Catholic leader, branding this a “form of selfishness.”

Hey Pope Francis, you know who else was childless? Jesus Christ himself. And I like to think that I follow his shining example of selflessness in not reproducing, but rather focusing on other things in life. I refuse to have my existence reduced to my most basic biological functions. As a baptized and confirmed member of the Catholic Church without children, allow me to introduce myself, dear Pope.

As a child at the very youngest age, my parents figured out pretty quickly that buying me dolls to play house would only result in them being used as cargo for one of my toy Tonka trucks. Instead, any stuffed animal was treated like royalty. I was raised from birth on a mountaintop hobby farm near Vancouver, Canada.

My parents had adopted injured animals since before I was born. By the time I came along, I already had a sort of ‘big sister’. Except she was of the feline variety – an Ocelot named Tana. Born in the jungle of Ecuador, she was rescued when her mother was killed by hunters for pelt. Unable to survive, a wildlife rescue association put out a call for adoption – which my parents answered.

From the time I was a toddler, I spent all of my time with Tana – typically inside a cupboard. It was our play “fort.” On the farm, there were also Canada geese, white geese, mute swans, and chickens. One particular favorite chicken, a Rhode Island Red, I named Brenda after my Sunday school teacher. To me, she was a person. I brought her into the house to eat breakfast with us at the kitchen table. She’d eat eggs and toast and wipe her beak on the napkin alongside her plate. Then we’d head downstairs to watch TV together. When we decided to sell eggs street-side to the neighbors, I demanded that Brenda be perched on my lap in order to prove the legitimacy of the “farm fresh” goods for sale. 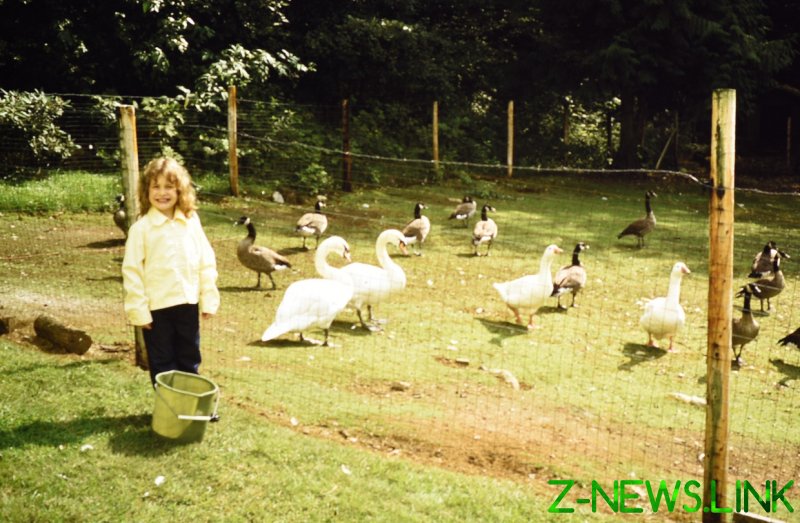 If it came down to a choice between playing with other kids or with my animal friends, the animals won every time. And when I was facing my Catholic Confirmation sacrament as a young girl and was asked to choose a lifelong patron saint, I chose St. Francis of Assisi: the patron saint of animals. “All things of creation are children of the Father and thus brothers of man… God wants us to help animals, if they need help. Every creature in distress has the same right to be protected,” according to St. Francis.

As a young person, I dreamed for years of becoming a veterinarian to help these four-legged “brothers of man” and “children of God.” Meanwhile, other kids were mostly just background noise to me, if not an outright annoyance. Mostly because they were stupid, as in unintelligent. Even as a kid, I preferred the company of adults. And I always knew that when I became an adult myself, it wouldn’t be to then turn around and go back into the minefield of kids and their annoyances that I had long sought to escape.

As my political interests grew and the number of places in Canadian veterinary colleges didn’t, I turned my interests to animal activism and environmental law. Ultimately, a series of seized opportunities over the years has brought me to where I am today career-wise, but my deep love for animals and interest in using my skills and experience to fight for them hasn’t waned one bit. Neither has my complete indifference to motherhood.

If anything, animals taught me empathy at the earliest age. They shaped my desire to spend a lifetime speaking truth to power in defense of those who don’t benefit from the same platforms and voice that I do – and that includes the children of other people.

So how about if the Pope lays off those of us who, as women, feel that we have a greater affinity for other aspects of our human existence that extend beyond our reproductive functions. If Jesus Christ wasn’t “selfish” for refusing to spend his time on Earth running after kids, then we aren’t either.

Tags children": choose should those