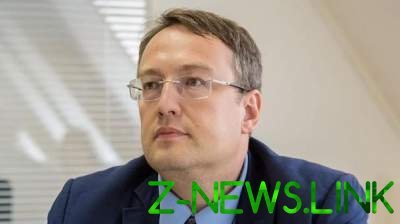 Gerashchenko also evaluated the chances of the return of the Peninsula under the control of Ukraine.

The main task of the President of Russia Vladimir Putin on the issue of the occupied Crimea is to remove the sanctions with Russia and to keep the Peninsula. This told the people’s Deputy Anton Gerashchenko.

According to him, Russia to leave the Crimea itself, began to work through the Western Pro-Russian politicians who have carried the message that supposedly the Peninsula will not return. The MP cited the recent statement of the President of Czech Republic Milos Zeman on the Crimea.

“Today is a Putin clearly understands that the people of Ukraine, the President, the Parliament is not going to exchange Crimea for the Donbass. So the Russians now are going the other way. They want tightening time, using its agents of influence like the President of the Czech Republic Zeman, to create in the West the view that Crimea is lost for Ukraine and the West remains nothing how to improve relations with Russia and to lift the sanctions. And his task (of Russian President Vladimir Putin – ed.) – to remove the sanctions and return the Crimea”, – said Gerashchenko.

The politician believes that to counter such actions of the Kremlin Kiev should put forward their counter-arguments and to explain to the West that the Peninsula is not lost and should be returned.

“Our task is to explain to the international community that reconciliation with the annexation of Crimea and the lifting of sanctions against Russia – this is the end of a civilized world order, in which case the world will be encouraged military action on the principle of “I Have power, I can grab whatever I want”. Then China can say: “why Taiwan is not to capture?”. Who is stronger that and the rights. Civilization thousands of years was on the way to after the Second world war to create a security system based on the principles: whoever uses force – that is wrong. And Putin is changing this world order. He wants to say – once I have power, nuclear weapons, economy, oil, you have to listen to me and I’m right”, – said the MP.

Gerashchenko said that the issue of liberation of the Crimea Russia will do its utmost to gain time and try to give up all sorts of discussions on this topic on the global political platforms.

“This process will last for years. Russia will continue to hold to the West the carrot of access to the Russian markets. In terms of money they’re constantly blackmailing Europe because, for example, Chinese in Russia earn, because not imposed on the Russian sanctions, and you will lose in competitive struggle for the Russian market volume of 140 million people,” – summed up the politician.

Commenting on a possible return of Crimea to Ukraine, Deputy Minister of the temporarily occupied territories and internally displaced persons Georgy Tuka said that the return of the Peninsula is possible only after the destruction of Russia as a state. According to him, Ukraine could consider the introduction of a UN peacekeeping mission in the occupied Crimea, but Moscow did not agree.