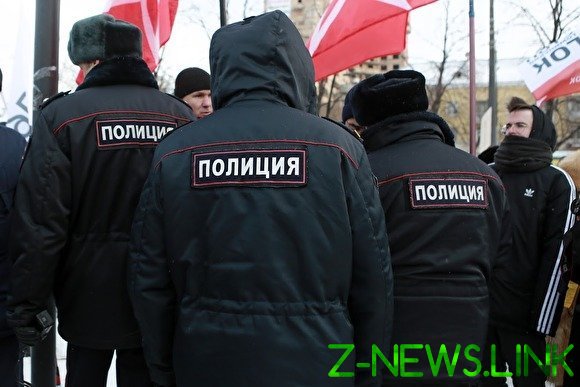 The police has described the pickets as “a hidden form of collective public events”. This is stated in the report issued by the lawyer Daniel Berman after he was detained on may 31 during a single picket.

Extract from the Protocol given in the telegram-channel “apologia protest.” “The actions of the gr. Daniel Berman as part of other participants are not that other, as a hidden form of collective public events”, — stated in the Protocol of Berman.

Berman and his colleague Dmitry Grabs was detained on may 31 during a series of pickets, in which representatives of the bar came out in solidarity with their colleagues by Ratmir Jilocasin and Diana Zipunovo against whom in Kabardino-Balkaria opened a case about the use of violence against the police, reports “OVD-info”. During the picket, the police detained seven people. In relation Zakhvatova and Berman, the Protocol on violation of rules for holding public events (part 5 of article 20.2 of the administrative code).

We also recall that on 26 may, the journalist of “Novaya Gazeta” Ilya Azar were detained near the building of GU MVD of Moscow during a rally in support of arrested the founder of a public “Ombudsman police” Vladimir Vorontsov. May 28, Tverskoy district court of Moscow has recognized guilty of the hazard under part 8 of article 20.2 of the administrative code (“violation of the established procedure of organizing or holding meetings, rallies, demonstrations, marches or picketing”). The journalist was arrested for 15 days. After that, the building Department of the Ministry of internal Affairs in Petrovka street pickets in support of hazard out other journalists who were also detained. However, the pickets continued.