The poles are ready to oust Russia from the Baltic sea 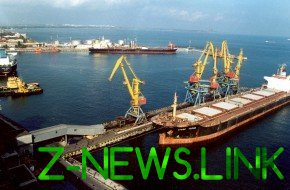 The Polish authorities are gleefully rubbing their hands. Warsaw has intensively developed its ports in the Baltic, as the most important naval Outpost of Russia in the region – the port of Kaliningrad – is undergoing a decline. Poland steadily moves towards a long – standing goal of becoming a major trading power in the Baltic sea. Spoke in the wheel of Kaliningrad it is not just Lithuania, but also Belarus, and even some domestic rules.

According to the Association of sea commercial ports of the Russian Federation, the turnover of the port of Kaliningrad decreased in 2019 21.3%, to 11.06 million tons. This is the worst dynamics among Russian ports on the Baltic sea with a turnover of more than 5 million tons per year. For comparison: in Big port St. Petersburg cargo handling increased by 0.9% to 59,84 million tons, Ust-Luga port boosted cargo handling by 5.2%, to 103,85 million tons, etc.

This gloomy picture was supplemented by blatant corruption. In 2019 in the Kaliningrad region was disrupted construction of a new port in the town of Pioneer, service-oriented cruise liners. In the Baltic sea annually tourist boats carrying 20-30 million cruise passengers and about 1,100 cruise ships in Kaliningrad oblast come not more than ten vessels per year. To solve this problem and it was decided to build a passenger terminal in the Pioneer.

Construction was scheduled for completion last year. However, from the outset, the construction was fraught with corruption schemes, the organizers of which stole at least 1.6 billion rubles. The object now built a little more than a quarter, can make at best only in 2021. The head of the company-contractor LLC “bol’verk” Sergey Shipitsin and his Deputy for economy and finances Yevgeniya Frid are currently under arrest. As believes a consequence, the company has also allocated funds received from the customer – under the control of Ministry of transport of the Russian Federation FSUE “Rosmorport” on account of four affiliated organizations, and then part of the money was transferred businesses.

The failure of cargo turnover in Kaliningrad was the result of a combination of internal and external factors. For example, the sharp decline of grain transshipment has occurred in connection with the claims of the Rosselkhoznadzor to product quality, which is processed on the terminal GK “Commonwealth” in the city of Light. The main external factor was the rising cost of delivery of cargo from the Kaliningrad region to “continent” on the territory of Lithuania and Belarus.

In 2016-2017, the Kaliningrad company received compensation for the cost of rail transport from the Federal budget in the amount of 30-60 thousand rubles for one car. But then these payment stopped, and in February 2018 Belarusian Railways (BDZ) have raised the cost of transit by 10%. At the end of 2018, during roundtable in Kaliningrad, the head of Belarusian Railways Vladimir Morozov and the head of Department of tariffs of JSC “Lithuanian Railways” Vladas of Ambrozevicius assured that transit tariffs for 2019 would remain unchanged. However, there is reason to believe that these promises are not fulfilled. This was openly stated during the meeting of the Commission under the state Council, which was held in Kaliningrad in the end of August. “Simply, without a Declaration of war, us bill and say: from tomorrow, plus 15% in your grain, and your coal at twice the cost. It’s Lithuania, Belarus”, – said the Governor of the Kaliningrad region Anton Alikhanov.

The Lithuanian side the fact that the tariff increase denied. As stated by the representative of Lithuanian Railways, the decline of transit of coal handling operations associated with the trends in the global market: for example, because of the warm winter the demand for coal has fallen in Poland were overcrowded warehouses.

See also:  In Canada, categorically said about the introduction of new sanctions for Russia

Kaliningrad business, in turn, believes that the solution to the problem should be the reduction of railway freights to a single tariff for the entire length of the route, including the territory of Lithuania and Belarus. “Now we only order the carriage on the territory of Russia (185 km of the Kaliningrad region and other territory of Russia) – and all shippers or consignees face-to-face with representatives of the national roads of neighboring States. It would be very interesting and profitable, if JSC “RZD” took on the expedition throughout, and we would have seen a single native rate”, – said the head of the Kaliningrad chamber of Commerce and industry Felix Lapin at the August meeting of the working group of the state Council.

“We don’t need subsidies, we are not beggars, – says the Chairman of the Kaliningrad sea trading port Andrey Kolesnik. Just align the rates of delivery of cargoes to our port by rail from other ports of Russia. This in itself will provide an opportunity to develop industry on the territory of the Kaliningrad region, because produced in the field of products that could be supplied to the main territory of Russia, are now uncompetitive. Due to the transport component they are more expensive. We are talking about the train rate, which now stands at $ 23 per ton, and should be at least less than twenty. But this should be done not only by the railway. Of course, as a result, the Railways will suffer losses, and these losses must be compensated by the railway”.

Understanding that the potential of ports in the economy of Kaliningrad region is used to a very small extent, at the Federal level is present. Since 2000 years there is a conversation about the need to build in the region, the exclave of the new port with a capacity of about 50 million tons. In may last year, “Kommersant” wrote that the project of a deepwater port in Amber was supported by President Putin.

“Vladimir Putin in 2009, as Prime Minister, gave a clear indication of the Russian cargo must go through Russian ports, recalls Andrey Kolesnik. – Now it is an indication – at least in the part of the Kaliningrad port – for some reason forgotten. Siberian anthracite is loaded through Latvia and even Finland. Belarus asks from us more cheap oil and gas, but loads of your sends why-not through the Kaliningrad, through Lithuania and Latvia, although Kaliningrad is much further West than both of these countries, and hence the westward by default more profitable through us. In the port of Kaliningrad and the lowest handling rates”.

Russian ports in the Baltic sea today is in need of serious investment. It is necessary to solve two problems: increasing the number of tourists and receiving large cargo vessels, according to the CEO of the company “Evrotransstroy” Sergey Rakcheev. According to him, the competition with the Western ports in the Baltic sea increases, and the gap between them in the coming years will only increase. In the task perspective of port capacities of Kaliningrad is part of the task is to reorient the cargo traffic that currently goes to Russia through the Lithuanian Klaipeda (up to 80 thousand units of equipment of the Russian goods). Now Kaliningrad oblast could not take this amount of goods, since it does not have an infrastructure.

In addition, the rapidly growing turnover of Polish ports, especially the largest of them – Gdansk. In 2018, he has increased turnover by almost 21%, to 49 million tons, and in the first half of last year, handled 27.3 million tons of cargo (plus 9%).

On the hand of Poland plays a specific position of Lithuania, and not only in Kaliningrad. Lithuania, says the founder of research Agency InfraNews Alexey Bezborodov, is constantly in conflict with the Belarusian shippers – providers to its own port in Klaipeda. At the end of the Soviet era, major investments in ports in the Baltic sea received exactly Klaipeda and Riga, and not ports of the Kaliningrad region, which was financed by a residual principle.

“Count on the fact that someday you will be able to negotiate with Lithuania relatively sane transit tariffs, is not necessary. The Lithuanian government has repeatedly demonstrated its inability, and rational considerations in this. While Lithuania is ready to harm Russia at the expense of its own economy, no progress on the issue of tariffs will not occur. Now the behavior of the Lithuanian authorities can lead to the fact that the winner of Poland. Sooner or later the need to Klaipeda may just fall away: all supplies Lithuania imports just go through the same Gdansk, where there will be a huge flow of goods and cheap transshipment there to take their vehicles to Lithuania without any problems”, – said the expert.

And yet ports of the Kaliningrad remains a lot of advantages over competitors. Among them Sergey Rakcheev calls low cost of bunker fuel. So now the ships sailing in Gdansk for bunker oil go to Kaliningrad and pay port charges in Russia.

In addition, to reduce the dependence of Lithuania, established a ferry service between terminals in Kaliningrad region and the “mainland”.

In 2006, shortly after the raising of the Lithuanian transit tariff to 15%, took place the opening of the ferry line Ust-Luga (Leningrad region) – Baltiysk. However, the route proved to be unstable – for example, in 2016, he was suspended for several months, and served his two old ship “Baltiysk” and “Ambal”. 2020 on line Baltiysk – Ust-Luga is planned the commissioning of three new ships, however, experts have doubts that their appearance will be a panacea.

Communication with the Kaliningrad region via the port of Ust-Luga unattractive for the majority of companies in St Petersburg – they are uncomfortable to work with the ferry, which arrives not in St. Petersburg, said Alexei Bezborodov. “But enough to put some small container from Kaliningrad to St. Petersburg, which were delivered to the cargo for half a day or two, and they would in two-three times blocked the stream, which now goes to the Ust-Luga ferry, and it would be cheaper,” – said Bezborodov.

According to the expert, Kaliningrad ports must be trading Outpost of Russia in the Baltic, but above all it is necessary to establish a sea link between them and the port of St. Petersburg for the transportation of containers, grain and other goods. And only when this route is fully operational, it will become clear whether the expansion of existing capacity in Kaliningrad.