Home / policy / The plebiscite always wins the one who spends

The plebiscite always wins the one who spends 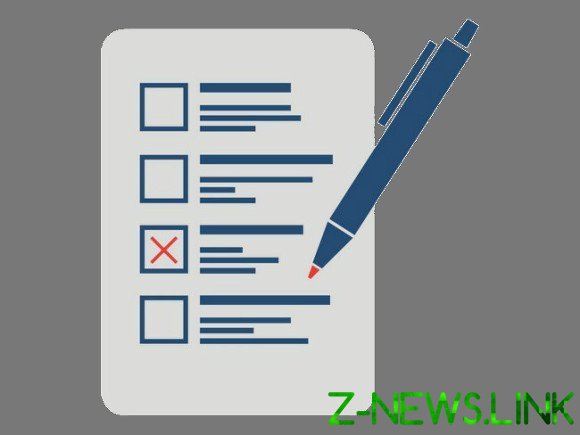 Well, the poll means. By order of Putin in Yekaterinburg to conduct a survey on how to be the beginning of the construction of a temple on the site of the Park. Since this trick with a survey of political managers was already done more than once (with only one Crimea at least three times) and will crank and then, it’s time to clear something up.

In fact, the argument looks unkillable: you want a democratic solution — here is a democracy now, we learn “people’s opinion”, as expressed by Putin. That is actually a plebiscite. Now I will tell you what will happen: the survey shows that “the people for the temple”, the construction will continue, people will go home with a grim feeling that they are in the vanishing minority, and actually on some alien planet that to protect their interests any more, all the same people always in power.

Briefly about why this survey plebiscite has nothing to do with democracy:

The fact that in the last days VTSIOM conducted a telephone survey of residents (and judging by how many people says that they called for a very large sample) — preliminary phase of the plebiscite. Putin would never go out with such a proposal, if I was not confident in the results.

The method of the plebiscite they had not yet determined — one officials have spoken today about the survey on the administration website (why not on the website of the FSB right?), the other — about sociologists, and others — about street surveys. In any case, full control over the progress and results of the voting will be by the city government, which, of course, are a party to the conflict.

2. The main trick of a plebiscite — his surprise: let’s just “find out the opinion”. But to have people think it has to be formed. The opinion is formed by public discussion and debate in which all parties can Express their positions. It is called “democracy” and not voting.

Now, using the effect of surprise, they will stick to the townspeople with a question like “do we Need a temple to the city?” and get an “opinion” that people do not have and cannot be, until you took a normal public debate. Or, even worse, launch a survey on the Internet and organize “transportation of voters to the site.”

3. A key requirement of democracy is that every citizen could participate in addressing important public issue. The surveys are organized according to the principle — the vast majority of citizens will not get any chance to Express your voice. They will speak for those who fall in the sample. The people who risked their health, getting under the batons of thugs and the riot police because they really important public space in the city centre, might not get into the sample. Instead, they will get those who is about the conflict heard nothing.

4. With the organization of the sample is also all fun. The mayor Vysokinskiy yesterday proved to be a great expert on statistics, saying that “to participate should not a hundred, not two hundred and not a thousand people, but should be a representative sample”. Give him someone that the representativeness of the sample does not depend on its volume. And if they catch up to twenty thousand bots, this selection never will be representative. In addition, methods like the online survey and street survey, in principle, can not ensure representativeness, and many people there or interviewed. Representativeness is based on the fact that each person needs to be absolute equal with all the rest of chance of being sampled. But, of course, the administration will swing the number of respondents and say that this is “the will of the citizens”.

5. The fact that the President of the whole country stated that the survey will be carried out on his orders, — a terrible blow to the entire polling industry. Surveys claim to objectivity because the respondents are assured that the surveys are independent. What people will think who come to the interviewers who know what this survey on the personal orders of the President? How can they believe in the independence polls? That like to share their opinions and personal data of people who work for the President? Thanks to such surveys by order of the trust to all studies falling through the floor, and no effort to recover it later will not help.

6. Even more fun is that Putin clearly said which answer he thinks is right — a temple to build, square to break in another place, “to mums with prams had a place to take a walk”. I’m not even going to explain how the effect on respondents the information that the customer already knows the right answer. Especially if the customer is the President of the country. In fact, it is sad that now there will be sociologists who in these circumstances will begin to make “poll”, as if nothing had happened.

7. What of all this? The conflict between the two positions should be resolved through democratic referendum, which will be able to participate, who cares. Not known who carried out the survey in a moment, and the normal campaign to discuss key city issues in all city media, at least within a month. Public control of the wording of the questions, the process of voting and counting of votes. With the election Commission, which will report not to the President, and before the townspeople. Without muddy “sociologists”, whose contracts depend on the authorities.

The fact that the citizens made arrogant the mayor to begin negotiations, to go out and be rolled back — is impressive. Now they will try to fool you with figures, for which costs nothing. And if that doesn’t work, then this square will have consequences far beyond the borders of Yekaterinburg.