The petrodollar Russia celebrates may day 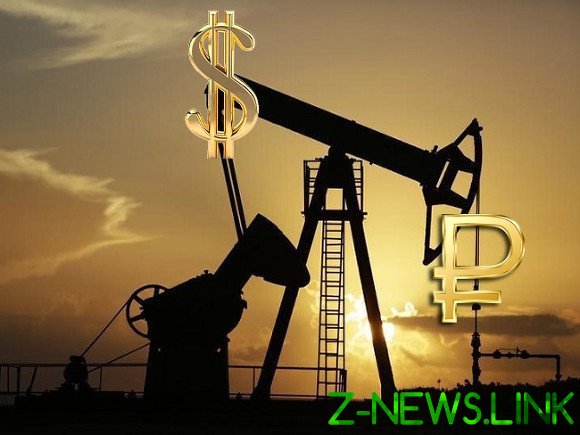 No world cartels from cheap fuel will not save. Once a country has passed through such — adjust and now.

On may 1, 2020 would be worth to appoint the celebration of the day of solidarity of the countries oil traders. Today comes into force the historic agreement of April 12.

By entering into a new Alliance (under the guise of an old OPEC+), dozens of States have solemnly promised each other cool to cut production (a total of either 10 million barrels. a day, or even more). Planned Russia’s contribution of 2.5 million barrels. This is about one fifth of what we have produced in the beginning of the year.

Oil trading scandal, jointly hosted in March by the Saudis and Putin and Sechin, accompanied by three to four-fold drop in fuel prices. This coincidence has given rise to the popular myth that this squabble and collapse prices. Although coronavirus reduction of the world demand for oil did the collapse of the fuel market is absolutely inevitable.

Therefore, when the Kremlin in April humbled pride and signed an oil agreement with the princes, sheikhs and President of the United States, prices fell even more. Because the imbalance between world production remained on the level of 100 million barrels., and demand, which decreased to 75-80 million barrels., no one has canceled.

And now the hour has struck to fulfill the promise — to cut production. Even in words, to divide between these cuts was extremely difficult. The scenes that played out first between envoys of governments, and then in Russia between its oil magnates, resembled the spores of the sons of Lieutenant Schmidt at the conclusion of the Convention on the topic of the then market ideological services.

“We’re not fools! — shrilly shouted Panikovsky. — You to me give Central Russian upland then I will sign the Convention. — How! The entire hill? — taunted Booths… Well, not all, insisted the greedy Panikovsky, — at least half…”

Anyway, mutual oath. Whether made? Still the history of the world did not know of the collective reductions of this magnitude.

In the US, the decline of shale production will happen by itself. Or rather, is already happening. A large part of it at such prices unprofitable.

The Arabian oil producers to slow down easily — we just have to tie the cranes. But it’s easy and again inundate the global market with its oil — enough to suspect Russian oil traders in violation of the terms of the transaction.

As for the captains of our raw material, then experience some self-restraint they have none at all. In the first cartel OPEC+ (2016) on the Russian producers lay a symbolic reduction in production (0.3 million bbl.), which they never made.

But other States, oil traders will be looking for the main raw material of the country in the hope that their own cheating amid a showdown with the senior partners will look small and inconspicuous.

I suspect that if world fuel market in 2020 and will come to some equilibrium, then the main cause will be not the sacrifice of the oil traders and the growth of global oil demand. There is a chance it: antisemitiska quarantines almost everywhere have started to soften.

So, it is possible and favourable in the present scenario. That Russian oil production will remain broadly cost-effective. For this it is necessary that the average price of a barrel Uralsудержалась for about $30.

In this atmosphere of severe struggle for existence did not interfere, and helped the reconstruction of primary industries. Oil production then declined temporarily, but its renewal was in full swing. Improved structure of fuel exports in this rapidly growing share of petroleum products.

The current regime is built on the crazy petrodollars zero and tenth years. Don’t know whether to wean. But from the material point of view the case while the situation is not catastrophic.

Moreover, in 2020, the deficit will decrease trade in services, since it will not or almost no tourist trips abroad, and itself uzhmetsya import goods due to have already taken place devaluation of the ruble.

If the economic policy of the authorities will be too stupid and will not happen any powerful flight of capital abroad, the external balances, even when tridtsatimetrovoy of oil will converge without large expenditures of international reserves.

This, incidentally, is one more argument in favor of the fact that part of these reserves can be spent on support for victims of lockdown. The reason for the incredible greed of the authorities is not in the finances. She is in the state of mind of those who ruled us.

Once a country has already adjusted to the oil price. And at the turn of the nineties and zero confident out of economic decline, although oil is counted in today’s dollars, was worth no more than $30. It may well adjust now. Just not interfere.