That the two series of the walking universe, will intersect, we reported a month ago. Then the Creator of the original comic book that formed the basis for both shows, Robert Kirkman announced the emergence of one of the characters of the “main” series – “the Walking dead” in the series-the companion. Now we know who it was about. And we have video and pictures of this guy!

The cast of the fourth season of “Fear the walking dead” is joined by Lennie James – man, a character which, Morgan Jones, first lit back in the pilot episode of “the Walking”. I must say that a noticeable role in the main series lenny Morgan has not played. Yes, there were interesting episodes with his participation in the third and fifth seasons, and it’s still “in the wings”, Yes, his character was quite vivid, but lenny is hard to put on a par with the main stars of the project – it is, frankly, not Norman Reedus. At the same time, the current showrunner of “the Walking”, Scott M. Gimple, said that he appreciated this hero:

Even Morgan will appear in the “be Afraid…”, he remains rich history in “Walking…”. Arch Morgan in the eighth season of “the Walking dead” positions it for the story “Fear…”. It is also important to see that the world “be Afraid…” and his characters through the eyes of a new, but already familiar to us humans.

Lennie James on the set of “Fear the walking dead”. 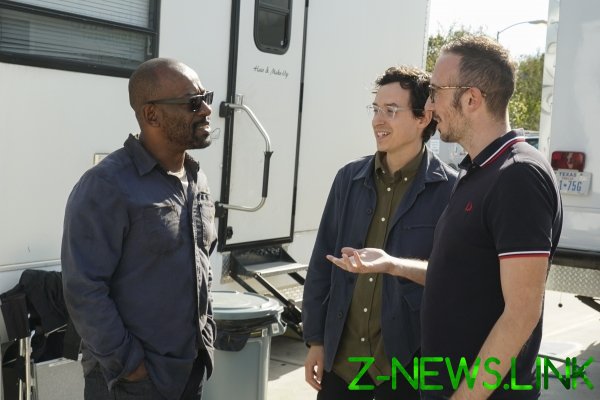 The whole point of the two series is that they show different times, different places and people. The difference in time allowed, in principle, the character Lennie James will appear there and here, but the actor himself has hinted that his days of a hero in “the Walking” are numbered:

…I hope people will follow me into the world of “Fear the walking dead” because I enthusiastically look forward, hoping to show Morgan in his new world, of reality, with new characters in new places.