The perfect storm for the ruble “Wood” goes into a tailspin 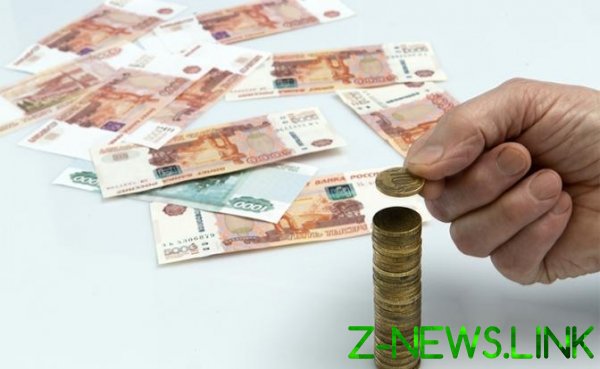 The world’s economists and investors are in a panic. This is both a cause and a consequence of the negative impact of coronavirus on the global economy. Business activity following the Asian region has slowed and in Europe. For Russia, which lies at the crossroads between Europe and Asia, it is especially noticeable — covered commercial and tourist routes in many countries.

And although the government is trying to keep calm, for example, Anton Siluanov explained the fall of the national currency rate decline in oil prices. He noted that the budget rule constrains the volatility of the exchange rate, but the “global changes” as oil can not affect the fluctuations. We learned from the experts how the oil price will hit the ruble.

The dollar will go up

— Decrease of oil quotations, the Russian stock indexes and the ruble is connected with the “second wave” of the spread of coronavirus. He overcame the epicenter, China, and is already apparent in the densely populated and industrialized countries — Italy, South Korea, Japan. This raises investment risks about the future impact of the virus on the economy in the world, the growth of production and trade, says a leading analyst of the financial company Forex Optimum Ivan kapustyasky. — The IMF announced a possible decrease in the rate of global GDP growth by 0.1% this year due to a virus.

— Since Russia is dependent on global production, demand for raw materials, close trade and economic relations with China and the European Union, then the negative is evident in the Russian primary indicators. The RTS index falls from February 25 to 3.6%. The dollar against the ruble has strengthened since the start of trading above 66 rubles.

But the market always works “in advance”, practicing possible future consequences. And now this reaction quotes of the issue “upfront” in getting ahead of their fears. Indeed, while significant levels of disease and significant effects from the virus in Europe there. So then a lot will depend on the actual proliferation and impacts on various sectors.

“SP”: — But we are aware that the virus can start a “chain reaction” of business activity reduction, trade, investment…

— Yes, and in this case, the decline in oil prices and the ruble could continue. Care of the quotes of Brent down to $ 48-50 from the current level above $ 50 can send the dollar to 70 rubles.

However, while such a scenario is questionable. After the first emotional reaction may be strong enough for the market. This happened during the “first wave” fears in late January on the disturbing news from China. But then rose and the price of oil, and stock indices, as the relative stabilization there, reducing the number of new cases and measures to stimulate the economy.

“SP”: — And in Russia, the factors that could play to counter the “economic virus”?

— Yes, Russia has many strong limiting factor for a falling currency. This high reserves, budget surpluses, the demand for Russian assets from investors and others. So while it is possible to cautious optimism. In the coming weeks the most likely is the range rate to 67 rubles per dollar.

More and more countries are forced to take security measures

— The country which has been a big tourist flow from China, are forced to adopt enhanced security measures in connection with epidemic. Further, if it is not recorded significant decline in the number of cases, such measures will be forced to take all the large number of countries. That is now a kind of moment of truth — or further spread of the virus will be stopped and soon we all forget, or we will see a significant and widespread increase safety measures and the continued economic downturn, — says the Creator of the club venture investors Itleaders Egor Globenko.

The global economy will begin to recover until the summer

— Current reaction in the financial markets is purely emotional: hardly anyone was really sure that the virus does not spread beyond China. In this respect, the situation in South Korea is much more important to the global economy than the situation in Italy and Iran, — said the expert of the Academy of management Finance and investment Gennady Nikolaev. — Because South Korea is one of the largest manufacturers in the world, so the shutdown of factories in the country will inevitably cause problems in the manufacturing sector of other countries.

“SP”: — But we have to admit that the pace of infection, and the mortality rate is much lower than predicted by the original expert.

— Yes, so far the worst has been avoided. So, as we continue to improve the situation in China, we can expect care of the subject of coronavirus from the agenda. Industry in the country begins to recover, retail outlets are reopening and people are returning to work.

There are some concerns about the financial difficulties of small and medium business, some entrepreneurs after a long break is not enough money to pay debt and salaries. But they should help support the government, including preferential loans. Thus, the situation is gradually returning to normal, and therefore already in the second quarter, the global economy may begin to recover.

“SP”: — fortunately, the same stagnation as in China, Russia is not threatened. Nevertheless, should we be afraid for the stability of our economy and financial system?

— In the absence of another negative surprise, and on the background of continuing high demand for OFZ ruble may strengthen to 64.5 — 65 for the dollar and for the Euro to 70.2 in March.

Low interest rates around the world have created a situation where $ 14 trillion dollars in bonds around the world bring negative real yields, forcing investors to buy any securities, which will not lose investment in them. The yield on domestic securities close to 6% and the expected reduction of the key rate motivates non-residents to rush into purchases.

It should be noted that while such optimistic forecasts are far from reality, but as they say, wait and see.