Home / Video news / The people of Taiwan have seen the longest in the world rainbow. Video

The people of Taiwan have seen the longest in the world rainbow. Video 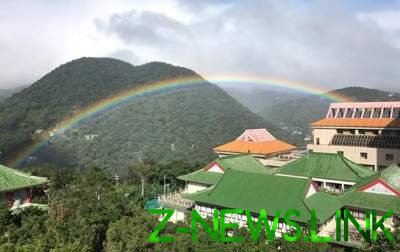 In Taiwan professors and students of the University of Chinese culture in the mountains of Taipei witnessed the rainbow, which lasted nine hours.

According to observations, photos and videos of students, rainbow continued with 06.57 to 15.55 – that is 8 hours and 58 minutes.

This event became a real anomaly, because usually this weather event lasts no more than an hour.

The record recorded in the Guinness Book of records, belongs to the rainbow, which was recorded in English Yorkshire, in 1994. Then the phenomenon was observed for six hours.