The Pentagon announced the transfer of troops to the middle East 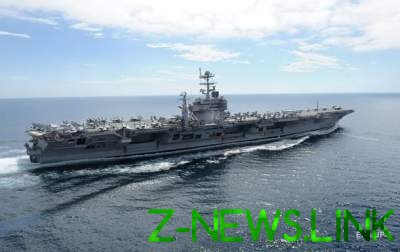 In Iran went off the aircraft carrier and bombers.

Acting Minister of defense Patrick Shanahan reported that the middle East sent the aircraft carrier Abraham Lincoln and an additional group of bombers.

Shanahan explained the decision “a serious threat by the army of the Iranian regime.”

According to him, movement of troops needed to suppress various kinds of provocations from Tehran.

According to Reuters, the Minister of defence based on obtained intelligence. Supposedly it’s about a direct threat against American troops in Iraq and US allies in the region.

Currently in Iraq are American 5200 military.