Home / business / The pensioner was thrown to the FSB building in Moscow, a bottle of red paint

The pensioner was thrown to the FSB building in Moscow, a bottle of red paint 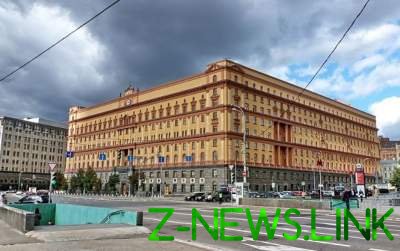 To communicate with the FSB, the man refused.

Monday, October 9, retired from Podolsk threw in the FSB building in Moscow, a bottle of red paint.

This is with reference to a source in the Russian security services reports mskagency.ru.

“Employees of FSB have detained and handed over to police 60-year-old resident of Podolsk near Moscow, which he hurled at the facade of the building of FSB on Lubyanka square glass bottle with paint bright red”, – stated in the message.

While the security forces insist that the act man does not explain, “to communicate with employees of FSB and the interior Ministry refused”.

Recall, November 9, 2015 the controversial artist Peter Pavlensky poured from the canister door of the building of FSB on Lubyanka square, then burned.

The trial lasted six months. 8 Jun Pavlensky was found guilty and awarded a fine of half a million rubles.

The court declared the action “the destruction of cultural values”, arguing that in the 30-ies of the last century this building was subjected to torture “outstanding figures of culture.”