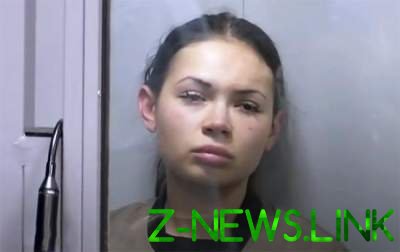 Car girl flew straight at passers-by at the intersection.

Patrol officer, who was one of the first to arrive on the scene of a traffic accident in Kharkov, said that said Alyona Zaitseva immediately after the accident.

“We were on shift and heard on the radio screaming that all the crews needed to fly to Sumy. Came one of the first, simultaneously with the ambulance. I ran up to Alyona Zaitseva, but I did not understand that she was the driver, so asked her to move away and began to protect the scene of the accident tape. Then I went back to Alena, and she said she was driving a Lexus. She gave me her driver’s license and registration, which I handed to the investigator”, – told the patrolman.

“COP” said that the car Zaitseva was also her friend.

“As soon as I approached her, she told me: “I saw the situation and thought that manages to slip through the intersection. I saw the side vision Volkswagen”. Later her lawyer told her to communicate with everyone,” added the law.

See also:  Cute pictures of women before and after birth. Photo

The policeman took the investigator’s direction, then drove both girls for examination.

“Another crew did the same with the driver of the Volkswagen. We arrived for examination at the same time. Zaitsev passed urine and blood, I have worked body camera. Girl vs not. Then the psychiatrist asked her questions – what and when saw. Zaitsev said that he drank a glass of wine from Monday to Tuesday, and was on the pill Pentalgin, which takes 10 years. According to her, it’s because of old injuries, due to which her face was scarred. More about the trauma she did not want to say. The psychiatrist told her that this drug is strictly not to take if you’re driving the car”, – shared patrol.

After passing the psychiatrist, Alyona Zaitseva was taken to the investigation Department of the police. There her and the driver of the Volkswagen was interviewed.

See also:  The debt of the bankrupt banks before the Ukrainians: named an impressive amount

“The driver of the Volkswagen was first interrogated, he returned to the scene to pick up the car, but she was arrested. He’s a little povozmuschalis, and he went to the 4th ambulance, where he went for treatment. When interviewed friend Zaitseva, me during the interrogation were not. Lawyer Zaitseva came after passing all tests. Lawyer Dronova (the driver of the Volkswagen) were already during the tests,” – said the policeman.

Patrol then called the chief and said to invite activists.

“She donated blood for the second time when two girls activists of “Road control”, I think. After that they broke up. Then we took her to the prison on Cold Mountain in isolation. This was the end,” said a police officer.