The Parliament of Kazakhstan approved the renaming Astana to Nursultan 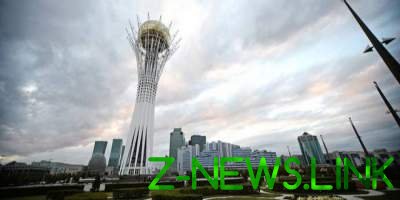 The law is considered accepted by the Parliament as a whole.

The Parliament of Kazakhstan approved the renaming of the capital from Astana to Nursultan.

This statement was made at a joint meeting of the government.

“The President decided to send the proposal to Parliament without being put to a referendum. The constitutional Council of the Republic is represented by a positive decision”, – stated in the message.

After the vote the amendments to the Constitution were adopted.

In the Parliament called the decision historic.

The members of the Senate and the Majilis supported the decision to rename almost unanimously.

Now the amendments to the Constitution will come into force after their signing by the President of Kazakhstan.

Thus, the Parliament supported the proposal of the new President of Kazakhstan Xym-Jomart Tokayev.

On the eve of the Nursultan Nazarbayev has stated that he intends to leave the post of head of state.

See also:  Deputies may be required to pray in Parliament

However, he will remain Chairman of the security Council, the head of the Nur Otan party, a member of the constitutional Council.

The interim President was the speaker of the Parliament Kassym-Zhomart Tokayev.

Nursultan Nazarbayev has been President of Kazakhstan since April 1990.

In the first General elections in the country in December 1991, which were held unopposed, he scored 98.7% of votes.