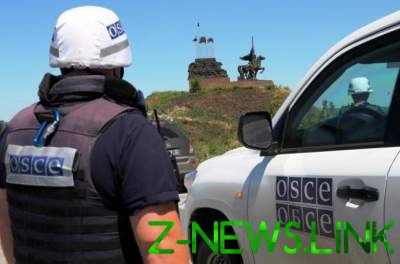 The mission’s mandate extended until 30 September 2019.

The organization for security and cooperation in Europe (OSCE) said the decision to extend the mandate of the mission to the Russian checkpoints “Gukovo” and “Donetsk” in the Rostov region on the border with Ukraine. The decision was taken Thursday during a meeting of the Permanent Council in Vienna.

It is reported that the mission’s mandate extended until 30 September 2019. The observers will monitor the situation and movements across the border at the two Russian checkpoints and report it in their reports, reports UKRINFORM.

The Ukrainian side urged the Slovak chairmanship of the OSCE to organize an informal consultation between States parties to enhance transparency in the occupied part of the Russian-Ukrainian border.

“We call on the Slovak presidency to restore the informal consultations among States parties, aimed at strengthening transparency at the border and improve the efficiency of field missions of the OSCE in achieving this goal,” – said the permanent representative of Ukraine to the international organizations in Vienna Ihor Prokopchuk.