Home / business / The OSCE has recorded 380 explosions in the Donbas

The OSCE has recorded 380 explosions in the Donbas 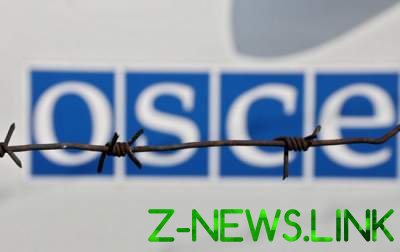 At the same time, the number of violations of the ceasefire has decreased

In the Donetsk region, the SMM, the OSCE noted the increase in the number of explosions in the evening 27 Nov 28 Nov – about 360. This is stated in the message published on the website of the Mission.

It is noted that the SMM continued to monitor the breeding process of forces and means and try to obtain unrestricted access to areas of cultivation in the regions of the settlement the Village Lugansk (16 km North-East of Luhansk), n. p. Zolotoe (60 km West of Luhansk) and the settlement of Petrovskoe (41 km South of Donetsk).

Recall that in the ATO area in the Donbas over the past day, 28 November 2017, as a result of combat action one Ukrainian soldier was killed and two more got a combat injury.