The OSCE announced the details of the detonation machine in Lugansk 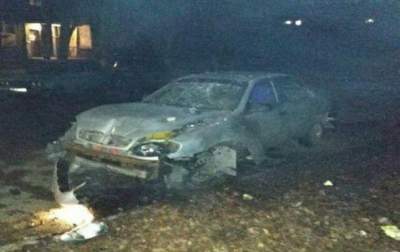 A parked car blew up on the night of March 19.

Observers of the OSCE mission reported the details of the explosion of a car in the temporarily occupied Lugansk, which took place on March 19 in the Parking lot near the building number 55 on the street to the Club.

According to the report of the mission, observers saw the funnel and on the ground around it – the burn marks and debris, as well as multiple cracks on the windshield of the car, which was parked.

See also:  Announced a disappointing forecast of relations between Russia and the United States

“About 15 metres from the crater the members of the patrol mission saw eight broken Windows on the first, second and third floors of two five-story apartment buildings on this street”, – stated in the message.

According to CMM, the damage has arisen as a result of explosion of the unspecified device, planted under a car.

“Four of a resident of one of these houses reported that in the night from 18 to 19 March, at approximately 01:00, they heard the explosion in the Parking area, and then I saw the two standing there of the car was damaged,” – said the press service.