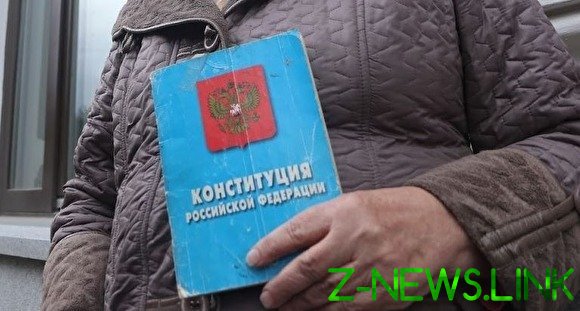 The head of Krasnoselsky district of Moscow, an opposition politician Ilya Yashin said the intention to submit to the mayor of Moscow bid to host the 29 February of a “political March, the main purpose of which — turnover of power in Russia and the performance against the usurpation”. About Yashin said on his page in Facebook.

According to him, at the end of last week was going to the organizing Committee of the next March Nemtsov, which was attended by representatives of “Solidarity” FBK, “Apple”, “Parnassus”, “libertarian party,” “Party of Change” and “Memorial”. At the Committee meeting and it was decided to hold a rally. “Preparation time we have enough. So get ready to help with the dissemination of information: it may be the most important campaign of opposition over recent years. And the people on it should be really a lot,” — wrote Yashin.

We will add that Moscow had previously passed single pickets at a building of presidential administration with the requirement not to amend the Constitution of Russia.

Vladimir Putin proposed to make a number of significant amendments to the Constitution, speaking on January 15, with the annual message to the Federal Assembly. The President, in particular, proposed to enshrine in the Constitution the status and role of the state Council as the new authority, to give the Duma the right not only to agree, but to suggest candidates for the posts of Prime Minister, Deputy Prime Ministers and Ministers, and the President will not be able to reject them.

Among other modifications — to remove from the Constitution the clause on two presidential terms in a row, set the priority of national law over international law, to prohibit the heads of subjects of the Russian Federation, Federation Council members, state Duma deputies, members of government and judges to have foreign citizenship or residence permit in another country. To make changes to the Constitution has established a working group.