Home / WORLD / ‘The only thing worse than 2020’: LinkedIn joins Instagram, Facebook and Snapchat in offering Stories… but reviews are mixed 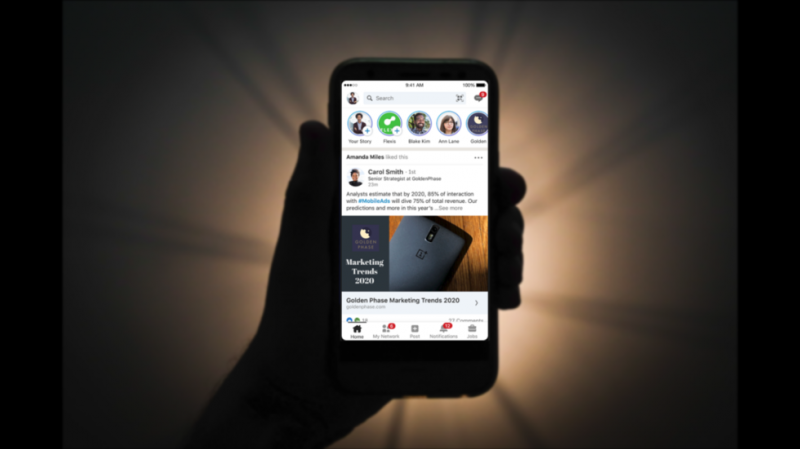 The professional networking site has over 700 million users worldwide and has been testing its new look, complete with the Stories function, for the past few months in Brazil, the Netherlands, Australia, UAE and France.

Recently, users in the US and Canada were given access to the new LinkedIn, and it will continue to be rolled out worldwide over the coming weeks.

LinkedIn Stories boasts many of the features found on its Instagram and Snapchat forebears: take a photo or a short video and adorn it with GIFs before uploading it to the site, where it will last for 24 hours before disappearing into the ether. Fear not – you can also change the privacy settings of your posts, should you use the feature at all.

LinkedIn’s Senior Director of Product Liz Li argues that people are more willing to engage with the platform precisely because the posts fade away after a day.

“Members in the past have found sharing on LinkedIn to be intimidating,” Li said. “We’re hoping it’ll spark more conversations from people who just don’t really share content on LinkedIn.”

The company claims it will help people feel more connected with their colleagues while working from home throughout the ongoing coronavirus pandemic. Users will also be prompted by daily Stories suggestions to keep things professional.

“You’re not meant to share the same things that you would on other networks,” Li added.

However, for many on Twitter, it seems LinkedIn Stories proved to be the answer to the question, “How could 2020 possibly get any worse?”

LinkedIn’s redesign also features several other updates, including new filtering options in the search function, the addition of emojis, and the ability to directly launch video calls and meetings using applications like Zoom and Slack via the platform’s messaging feature.

The company says user reception thus far has been “amazing to see” – though judging by reaction to Stories’ debut in North America, that reception may be on the verge of an abrupt about-face.