Home / business / The oligarchs came for the family of Seagulls

The oligarchs came for the family of Seagulls 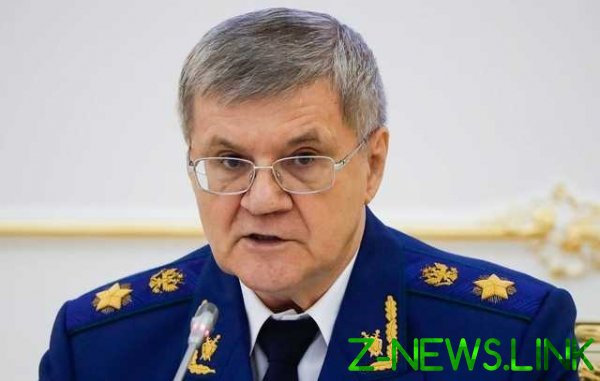 No sooner had Yuri Chaika, to transfer, changing the chair of the attorney General to honorable, but uninfluential office of the Plenipotentiary representative of Russian President in the North Caucasus, as long and lovingly created his sons business Empire began the attack.

So what! The chips flew! Actually, not chips, and boxcars and gondolas. And flew, and went. In the direction of well-known oligarch Andrei Bokarev, co-owner of “Transmashholding” and Ural mining and metallurgical company (UMMC). Bokarev acquired a 25% stake in OOO “modum-TRANS”, which ranked sixth in loading the wagons among the partners of the Railways, transported in 2019 are 47.5 tons of cargo and received about 60 billion rubles of revenue. Asset is highly profitable and promising. But who would turn down such an attractive property? Artem Chaika, the “entrepreneur”, even odious at present Papuan business in Russia, the main competitive advantage of which was to ascertain with gold lettering of his daddy, Yuri Chaika. Also a kind of businessman that made attorney General of the “open society with very limited liability.” Of course, the Seagull against their will refused the right to control 80 thousand gondolas “modum-Trance” with the appropriate claim to the profit. Given that, saying, “Bokarev” always have to mean “Iskander Makhmudov”, his old friend and partner at UMMC and saying “Makhmudov” – immediately remember not only the names of the leaders of the “Taganskaya” or “Podolsk” OPS, but the current positions of some leaders of the security services, which Mahmudov familiar since his youth, when he served in group of Soviet military advisers abroad. Apparently, the combination of these arguments made an impression on Artema the Seagull: there was nothing to oppose, except operetta occupies the position of a Pope with a reputation for bribe and corrupt. But the loss of control over the “modum-Trance” means that Artyom Chaika may lose another of his business – “the First non-metallic company” (NCP), developing crushed stone of a career. Transported gravel on an industrial scale exclusively merchandise gondolas. Unlikely new (and old) owners will consider the needs of PNK as a priority – they have, as we say below, their plans. And without market communications PNK choke. It is not excluded that to save her would be the same Bokarev. But for half the price.

In a strange way began to be difficult and another well-known entrepreneur Igor Chaika. He is known to have been concerned, among other things, the problems of garbage processing the Moscow region. And had the competition in the face of “Rostec”. From time to time a Seagull successfully refuted the common belief of the omnipotence of Sergey Chemezov, head of Rostec and a colleague of Putin in the GDR, being able to push his protege, Denis Butsaev, the position of the head of the Russian environmental statement, the state Commissioner for the processing of municipal solid waste. However, Butsaev took, appointing Ilya Gudkov agreed with Chemezov. And then the company “Charter” of Igor started to have problems in the Moscow region where they found problems with land acquisition under recycling. In Yaroslavl, the administration that started the revision of contracts with “Charter”. Characteristically, “Rostec”, which builds waste-processing plants in these regions, questions arise. Gone are the days when the public Prosecutor the Seagull has regulated the relationship of his son with competitors from Rostec, through audits performed by the Department, which found billions of dollars of theft in centowski of the Corporation.

Now back to the “modum-TRANS”. Hardly Bokarev, who, remember, has acquired a quarter of the company Artyom Chaika, was driven by the desire to outdo the upstart son of the attorney General. This is configuration and the plans are much bigger. General Director of “modum-trance” – from the “new nobility”, Dmitry Vladimirovich Artyakov, the son of Vladimir Vladimirovich Artyakov, first Deputy General Director of “Rostec”. Vladimir Putin – known character of the Russian political Beau Monde. His “achievements” of corruption with a transparent background on a post of the Governor of the Samara region and Chairman of the Board of Directors of AVTOVAZ at the time did not allow Artyakov to apply for the post of first Deputy Prime Minister, including by the Prosecutor General’s office. So to the Gulls of all sizes he is experiencing the warmest feelings.

So, the cars “Rostechnadzor” in the face “modum-Trance” needed to provide transportation of ore from the world’s largest Tomtor deposits of niobium, yttrium, uranium and other rare earth metals, which are in demand in the electronics industry. The Deposit is located in Yakutia iron ore SMP will deliver to the ports, whence by rail to be transported for processing and enrichment in Krasnokamensk. For 200 thousand tons of annual production will require an additional ten to fifteen thousand wagons, a few thousand – for the transport of equipment and materials under construction in Krasnokamensk mining and chemical combine. Part of the requested amount will provide the former share of the Seagulls in “modum-trance”, and the other part will come from Alexander Nesis, which was released about 15 thousand gondola cars breaking the contract your company “East 1520” C “State transport leasing company” (gtlk). Alexander Nesis – known for its versatility, the businessman, the owner of the company “Polymetal” and many other mining companies, was started back in the early 90s to speculate the uranium deposits in Northern Tajikistan, and today concerned about the development of the rare-earth deposits in Yakutia, which alone, without an Alliance with the influential “Rostec”, Nesis will not do.

That’s expected, it would seem the event which began the RAID of the competitors in the Gull clan – lurks a much more powerful combination creates a powerful new industrial and logistics symbiosis “Rostec”, “Polymetal” and UMMC. Or, in other words, Sergei Chemezov, Alexander Nesis and Bokarev-Makhmudov. Prices would not be such an Alliance, sivumela of big business, moreover, precocious cynical and aggressive offspring Yuri Chaika. If not for one fact: most of the companies owned by the aforementioned gentlemen, has founders from offshore. Therefore, there is a high probability that profit, excluding certain mandatory fees and “kickbacks” in the country, will be displayed abroad. Unless, of course, the successors of the Gulls does not hurt.