Home / economy / The oil washes away the ruble

The oil washes away the ruble 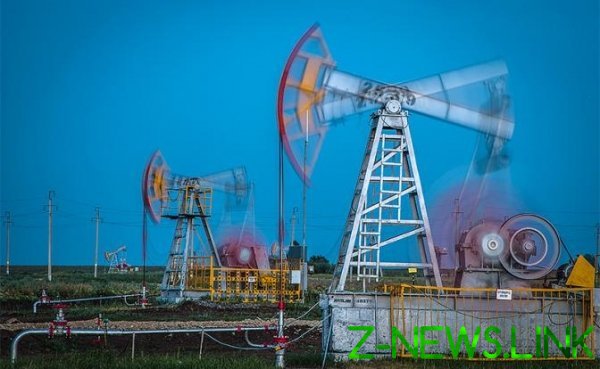 The problem is that producing countries OPEC+ unable to agree on the prospects of further cooperation. May 19 Saudi Jeddah gathered at the next meeting of the Ministerial monitoring Committee of OPEC+. Although overt disagreements, the Committee for the first time gave specific recommendations on the prospects of the transaction on the reduction of oil production.

“In June we will discuss in detail over the specific proposals for recommendations for the second half given the fact that now a lot of uncertainties and it is necessary to more accurately predict what will happen in the second half,” said following the meeting the head of Ministry Alexander Novak.

And here — June has come. The Minister of energy of Saudi Arabia Khalid al-falih assured that OPEC members+ tend to extend the deal. But he did it only after a few days, oil prices lost $ 10 per barrel on fears of a trade war between the US and China. While Russian officials make it clear that Moscow is in the extension of the agreement is not particularly interested.

As stated by the first Vice-Premier, Minister of Finance of Russia Anton Siluanov, “deals with the OPEC lead to the fact that our American partners to increase production of shale oil and capture additional markets.”

Recall, according to the International energy Agency, the US export at the end of April was 2.6 million barrels per day. While further growth in supply is limited by capacity of the transport infrastructure, but in the near future, the country is preparing to launch a new pipeline. This will allow US in the second half of 2019 to increase production of oil and its export opportunities that will push down world prices.

Position Siluanov in this situation essential. The deal on production cuts is particularly important for the Russian budget. Themselves as Russian oil companies feel great and the price is about $ 50 per barrel — especially if the decline in prices is accompanied by weakening of the ruble.

All together this suggests: a game to increase oil production may soon be discontinued. And even on the contrary may go in the opposite direction.

It is no coincidence that the Minister of economic development Maxim Oreshkin expressed the view that the global economy could lose up to several percent in the rate of growth in the development of a negative scenario in the confrontation between China and the United States. Moreover, if the escalation is serious, it can happen fairly quickly.

See also:  The "LC" ruble made the "official currency"

And we need to understand if there’s a drawdown in the global economy, oil will severely go down. The Kremlin is in such a situation is unlikely to keep the ruble. It will, of course, from the disastrous fall. But if the situation on the world market will change, a new round of devaluation.

— While the trend of oil settled at down, it’s prompted analysts to reduce average annual price forecasts to $ 65 per barrel, the leading expert of the Center for political technology Nikita Maslennikov. — For Russia it is quite a comfortable situation: our budget was drawn up, based on the average price of $ 63 per barrel.

However, the rouble will gradually weaken. Therefore, the forecast for the ruble exchange rate in summer months is the period of 65-67 per dollar.

You have to understand: in addition to the volatile oil against the ruble plays a number of factors. First of all, the conversion of state-owned companies currency for the payment of dividends in rubles. Plus, the traditional summer decline in foreign exchange earnings from exporters — the effect of seasonal decline in the consumption of energy. Finally, playing against the ruble payments on external debt.

Notice, in the hands of the monetary authorities of the Russian Federation have effective tools to stabilize the Russian currency. For example, it is sufficient to reduce the amount of purchasing interventions in the budgetary rules.

“SP”: — What will happen to oil prices in the near future?

— Everything here is pretty vague. The sharp decrease in quotations, of course, is on expectations of slowing global economy, and reducing energy demand. This happens because the prospects of trade negotiations, the U.S.-China is very vague. Plus Washington last week abruptly imposed a 5% fee on all Mexican imports. It only added fuel to the fire.

The negative sentiment has strengthened and the Federal reserve Bank of Atlanta. Its predictive model is accurate, and respected analysts in the world. So, the Bank now predicts that US GDP in the second quarter of 2019 will be reduced to 1.3%. Let me remind you, in the first quarter the U.S. economy showed growth of 3.1% of GDP.

These findings confirm the data on oil refining in China. By the end of may, the indices went into negative territory. According to analysts, this is a clear indication of the high probability of a recession in the Chinese economy.

See also:  In anticipation of the August crisis: what will be the fall of the ruble

Not surprisingly, players in the oil market turned around, and began to play on the slide.

— I do not think that this will be a protracted recession, At the end of June in Osaka will gather “Big twenty” in which may meet XI Jinping and Donald trump, and restarting the negotiation process on the terms of mutual trade. If that happens, oil will immediately be suspended. The quotes will occupy the position near $ 66 a barrel, and then gradually begin to grow.

But the prospect, however, does not look sustainable, given the pattern that is emerging in the global economy. Apparently, the slowdown in this case will continue.

Moreover, the logic of the United States, a compromise in negotiations with China to properly hold on to 2020. This compromise could be sold to voters as “the greatest success” of the trump — just before a new presidential election campaign.

The oil market will react, and the entire second half of 2019 will be under pressure.

“SP”: — How will the situation with OPEC?

— Everything here is also pretty vague. While rumors that the meeting of OPEC members+ where it was planned to renew the agreement, postponed from the end of June for July.

So done, because OPEC members+ want to wait for the outcome of the meeting of the G20. They are really appropriate to meet after clear prospect of trade wars and oil demand.

There are three scenarios that could happen in OPEC. First, the cartel will continue an aggressive reduction in production to return prices to $ 70-75 per barrel. This scenario is plausible but risky. Because extraction of slate oil in this case blows up even faster. The end result is a sharp surge in oil prices, and a quarter — a sharp decline. The likelihood of this scenario I is estimated at 40%.

The second scenario is freezing of the agreement for six months or a year. The participants declare that they need to take a pause for the assessment of global circumstances. In this case, the price of oil may fluctuate in a wide range of $ 50-70 per barrel. The likelihood of this scenario is 15-20%.

All the rest — 40-45% probability — this is the third scenario. In terms of the liberalization agreement of OPEC+, with some increase in production, but still retaining the transaction.

The choice of these three options will depend solely on the results of the meeting “the twenty” in Japan. Russia, however, none of their disaster scenarios are not threatened.