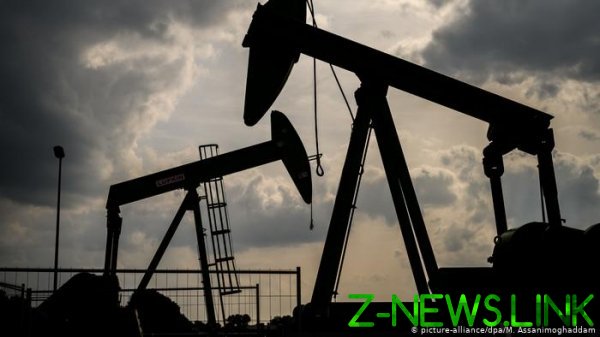 As the collapse in oil prices will affect the two authoritarian regimes? Who has more margin of safety? Is it possible to revive OPEC+? The consultants of the German government from the Fund of the SWP expressed his opinion.

In the oil market – an unprecedented situation, a shock. Looking at the prospects for the world economy, there are doubts that “the current crisis will be resolved to the satisfaction of the two authoritarian regimes” of Russia and Saudi Arabia. If the price of oil is not quickly restored, everything will depend on the margin of these two countries. And how to adapt to the new situation other suppliers of oil, especially shale industry in the United States.

These are the original abstracts of the article “Russian-Saudi showdown in the oil market,” published in the Berlin Foundation for science and politics (SWP). It is a leading German research center, which advises on foreign policy issues as the government and the German Parliament and the governing bodies of the European Union.

SWP experts on the causes of the collapse of the deal, OPEC+

The subtitle of the article States that it is dedicated to “motives, strategies and chances of success of the two States”. Speaking about the reasons for the collapse of the OPEC format+, the authors remind us that global oil demand was in 2019 are lower than expected, and in January-February 2020 the price of European grade Brent has fallen by 15 percent.

The world is oversupplied – despite the fact that the market is not doing significant volumes from Iran, Libya and Venezuela. The authors attribute this to increased production in Brazil, Iraq and primarily in the United States – thanks to the boom of shale oil. And then there’s the pandemic coronavirus. “In this situation, OPEC is caught in a zugzwang. However, she was unable to make Russia further reductions in production,” the article says.

Mohammed bin Salman was not in the heat of passion

The Russian position the authors call “uncompromising”, and the reaction of Saudi Arabia, who decided to drastically increase oil production in response to the “lack of willingness of Russia to cooperate,” describe the word “escalation”. At the same time, they believe that this reaction is typical of the political style of the 34-year-old crown Prince Mohammad bin Salman al Saud, which is characterized by “proactive foreign policy and aggressive actions against political opponents and critics”.

SWP experts doubt that the decision to sharply increase production of Mohammed bin Salman took in the heat of passion. They believe that the pros and cons of the strategy of low prices in Riyadh weighed for the past several months. Even before the pandemic coronavirus level of oil prices were too low for highly scarce in 2014, the budget of Saudi Arabia.

And this, in particular, threatens the ambitious Vision 2030 program, aims to make the Saudi economy independent from oil and require huge investments. “The crown Prince invested in the implementation of this program all your political capital,” and therefore unlikely to agree to the cuts due to budget shortfalls, the authors of the article.

“After the last failed attempt with the help of joint action by OPEC to force prices up, Ben Salman, apparently, began to consider the transition to the strategy of low prices with the aim of a large-scale increase Saudi market share of the only remaining chance to regain in the long term, the budgetary freedom of action,” conclude the experts of the SWP.

In the short term, they warn, this strategy is extremely risky. First, because it is unclear how quickly through export expansion can compensate for the budget losses from lower prices – and whether is generally. Therefore, in the coming months, Riyadh will have to either increase the national debt or to carry out unpopular austerity measures.

Second, low prices are undermining the plans of further privatization of the Saudi oil company Aramco, the proceeds of which were needed to Finance the Vision 2030. Moreover, the article says, the company’s shares are now significantly cheaper than at the initial offering, and under the influence of government advertising was attended by many wealthy Saudis and members of the middle class. This may cause in the coming months, the growing discontent with the policies of Mohammad bin Salman in the country.

However, the authors believe that Saudi Arabia, if she really will be able to increase its market share, will be able to at least partially compensate for the loss from falling prices. “Russia can only spend your the national welfare Fund and to take further measures of economy” – according to German experts. Including the fact that Russia has only very little capacity to increase production.

Russia does not want a price war, she appreciates the cooperation with the OPEC, and the OPEC deal+ helped it to increase its influence in the middle East and, above all, contributed to “very positive” development of Russian-Saudi relations after 2016, experts say SWP. In Russia, however, considered that all new reduction of volumes of extraction will not have a lasting plan to solve the problem of overproduction of oil.

“Besides Moscow, it was politically very difficult to digest the fact that her self-restraint benefits the US oil industry in a situation when Washington adopts new sanctions against the Russian energy sector”, – the authors and remind us that on termination of the transaction, OPEC+ especially insisted Igor Sechin, the influential head of “Rosneft”. She of all Russian oil companies the greatest opportunities to increase production.

The article briefly addresses the question whether the Russian-Saudi price war to bankrupt American shale oil producers. They are now unlikely as to sharply reduce production costs, in 2014-2016, according to German experts. At the same time, they admit that Donald trump will give them state aid, as the US President in an election year at the same time interested in low fuel prices, and the survival of the industry.

The United States can strengthen sanctions against Russia, Venezuela and Iran

In this regard, they also admit that Washington might try at the conclusion of trade agreements to force some economic partners of the United States to buy American oil. Besides, he could use the situation for new sanctions against Russia, Venezuela and Iran.

As for the resumption of the transaction of OPEC, that Moscow has already signaled the possibility of continuing the negotiation process, indicated in the article. However, the authors doubt that the Saudi leadership will go for it. Including the fact that such a move “would cause a huge damage to the image of Prince Mohammed bin Salman as the power policy who is able to achieve its goals.”

In any case, experts write SWP in conclusion, “collateral”, the collateral damage to the world oil market from the Russian-Saudi trial of strength will be “huge”. Among the countries that due to high cost of production particularly affected, they say Venezuela, Angola and Nigeria. As for OPEC, then it is now just the role of extras.