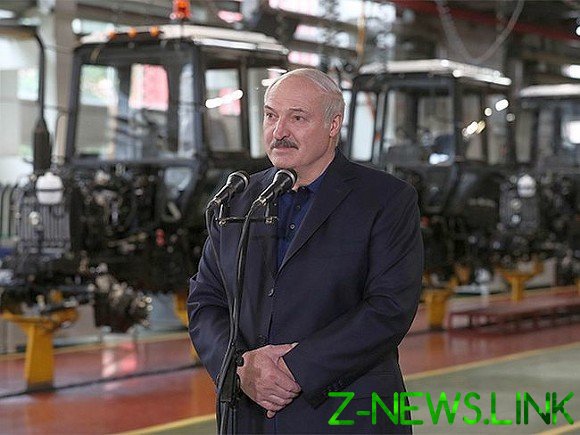 The rating of the incumbent President of Belarus is currently 76%. Such information is “shared” Operative analytical centre under the President at yesterday’s meeting of Alexander Lukashenko with journalists. It was published on his page in Facebook political correspondent of the Belarusian radio Andrey Krivosheev.

While the OAC “recognizes” that “in March the rating of the head of the state began to fall sharply and amounted to 60%”, and in Minsk it was lower still at 8%.

However, according to TUT.BY according to sociological research, which was conducted by the Institute of sociology of the National Academy of Sciences in March—April this year, the level of trust Lukashenko in the capital of the Republic was 24%.

Anatoliki center claim that “as the alignment of the situation,” svyazannoi with the coronavirus, Lukashenko’s rating “became gradually restored”. “By the end of June 2020, the trust level of the head of state has reached 76 percent,” the report says, and the total rating of all alternative candidates ostensibly is about 16 percent.

“The presidential experts” claim that the level of trust to Alexander Lukashenko, is able to achieve 80%, “which virtually eliminates serious electoral risks in the course of the election campaign, and also minimizes the possibility of other negative manifestations.”

Meanwhile, an alternative opinion polls conducted earlier, gave the victory in the upcoming August 9 presidential elections, Lukashenko, and one of its competitors.