The occupants of the Crimea appealed to the UN General Assembly 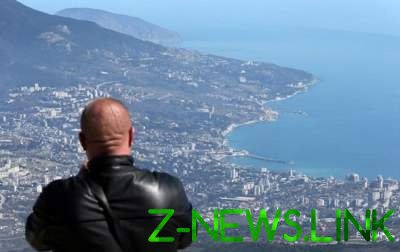 The adopted document does not correspond to main principles and provisions of the United Nations, I believe in the Crimea.

The Presidium of the so-called state Council of Crimea adopted an address to the UN General Assembly in connection with the previously approved resolution on the situation of human rights on the Peninsula.

“We believe that the adopted document is not consistent with the basic principles and provisions of the United Nations laid down in the universal Declaration of human rights, which is the basic international instrument to promote and protect the rights and freedoms of man and other international instruments on human rights. Crimeans annoyed to observe this process, including the fact that the decision on the establishment of the United Nations was taken at the Crimean land,” the statement says.

In the Crimea also believe that the resolution also ignores enshrined in the UN Charter, the international covenants on human rights and the 1970 Declaration the right of peoples to self-determination, implemented in a referendum in March 2014.

“The alternative was civil war, the bloodshed would have continued until the present time. Moreover, at the head of the Ukrainian state continue to be including those who hide under the mask of democracy, its Pro-fascist, anti — humanitarian views,” the document States.

In the Crimea also invite representatives of member countries of the UN to visit the Peninsula and to assess the human rights.

The head of the state Council Vladimir Konstantinov said that the Crimean Parliament will appeal to the foreign Ministry, “that have helped us and our message has reached the addressee”.

Recall that 70 countries of the UN have supported a Ukrainian resolution on Crimea on December 19.