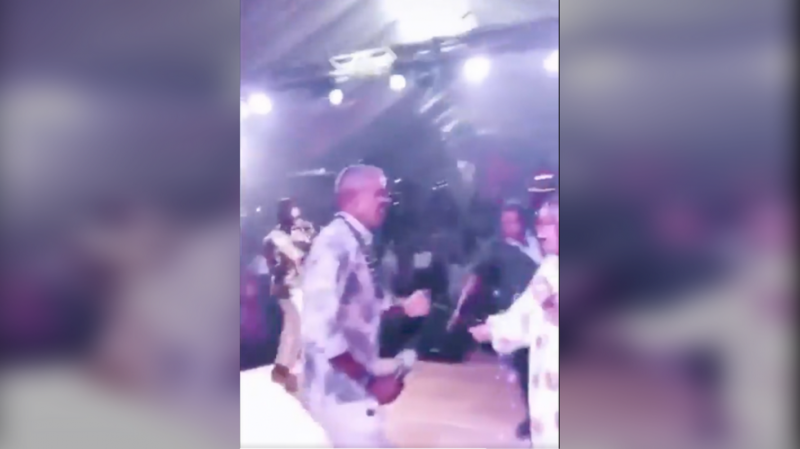 Obama is the latest Democrat to be accused of hypocrisy for seemingly breaking the very pandemic-era guidance he has promoted to the public.

The former president’s celebration on Saturday originally drew outrage when reports indicated the guest list was in the hundreds, leading some to wonder how such an event could be justified. Numerous Democrats and health officials have warned about the dangers of the coronavirus Delta variant and of crowded events being held amid lagging vaccination numbers.

In response to the outrage, Obama’s party was reportedly scaled back, though pictures of the event only sparked further criticism, with aerial shots revealing a massive marquee on the $12 million property in Martha’s Vineyard, Massachusetts, and paparazzi photos appearing to show guests partying maskless. Proof of vaccination was not a requirement for attendance at the bash.

Even Obama was seemingly caught without a mask at one point, with photos and a video flying across social media on Sunday. Predictably, conservative critics were quick to blast the politician.

The original video was posted by musician Erykah Badu in a selfie video that has since been deleted.

“Maybe we should just start calling it the Obama variant,” writer Stephen L. Miller tweeted, referring to CNN journalist Jim Acosta dubbing the Delta variant the “DeSantis variant”  over the weekend, in an attempt to criticize the Florida governor’s stances against mask and vaccine mandates.

The current US Centers for Disease Control and Prevention advice is that masks should be worn by both vaccinated and unvaccinated individuals in high-risk areas and indoor settings where there are crowds. While Obama’s party was technically an outdoor event because it was held in a marquee, numerous critics dismissed this as a loophole to get round the guidance.

Photos of the lavish party first began hitting social media thanks to rapper Trap Beckham and his manager, TJ Chapman, who deleted their posts once reminded of  the event’s photo and video ban.

“Nobody ever seen Obama like this before,” Beckham said, revealing that the former president was dancing the “whole time” and the photos would have to be deleted “due to the rules.”

When asked about Obama’s party potentially sending the wrong message to the public amid officials’ fears over another Covid-19 surge, White House Press Secretary Jen Psaki avoided directly defending the party – though did not ‘safety measures’ in place – and instead said the former president has been “a huge advocate of individuals getting vaccinated.”

Obama himself has been one of many Democrats vocal about Covid-19 concerns. In a tweet last month, he encouraged Americans to get vaccinated and claimed the coronavirus “has gotten more contagious.”