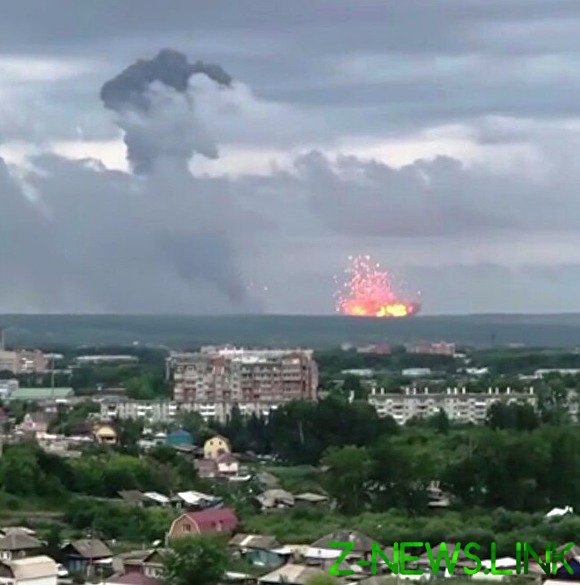 The number of victims from explosions in the military unit near the village of Kamenka in the Krasnoyarsk territory has risen to seven. As reports TASS, two of the victims were military personnel.

Two of the injured were taken to hospital with shrapnel wounds, two others suffered burns.

According to the source Agency in law enforcement agencies, fire two sites, in total they are about 40 thousand artillery shells of caliber of 125 mm and 152 mm.

The mayor of Achinsk Eli Akhmetov said that the evacuees from the Heater will be sent to the Achinsk and Achinsk district.

The territory of the military unit cordoned off. Regular duty calculations took measures to prevent the spread of fire and to ensure the safety of the place of the accident, reported the Central military district.

Threats to life and health of the residents of Achinsk not reported in the city administration.

The Governor of edge Alexander USS flew to Achinsk. There will be a meeting of the operational headquarters.

Also at the emergency defense Minister Sergey Shoigu has sent his Deputy, General of the army Dmitry Bulgakov.